Redmi 7A's Massive India upgrade was an already outed new camera: Price, launch offers and all you need to know 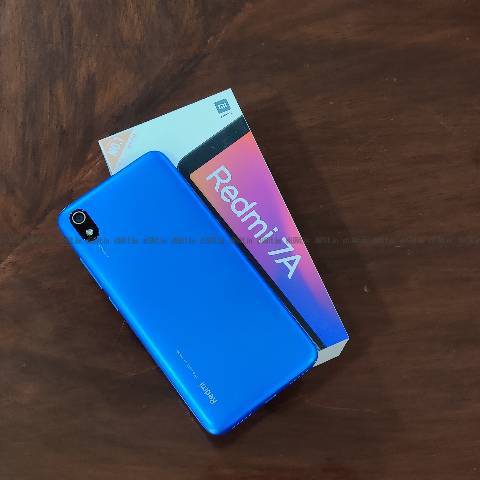 Redmi 7A goes official in India.

The handset is the same as its China version, except for a different rear camera sensor.

The device will be available starting at Rs 5,999 but one can get Rs 200 cashback if it is purchased this month.

After heavily teasing an already launched handset, Redmi has finally introduced its new entry-level Redmi 7A smartphone in India. Touted as the “Smart desk ka Smartphone,” the device has already been launched in China and therefore, we knew almost everything about it. A previous, confusing tweet from the Xiaomi VP and India MD, Manu Kumar Jain, led us to believe that the upcoming phone might come equipped with a relatively newer processor. However, it is now confirmed that the Redmi 7A is powered by the same Qualcomm Snapdragon 439 SoC that it was originally announced with, in China. Additionally, the promised big reveal from Xiaomi turned out to be something we already knew thanks to the company's own website. The Redmi 7A in India gets a 12MP Sony IMX 486 sensor instead of the 13MP sensor found on the Chinese variant of the phone.

Redmi 7A features a unibody matte finish and comes in three matte colour options. It has been announced in Matte Blue, Matte Gold and Matte Black colours in India. The handset comes equipped with a 5.45-inch HD+ Full HD display and as mentioned earlier, is powered by the Qualcomm Snapdragon 439 SoC. It comes in two storage versions, one with 2GB RAM with 16GB storage and another with 3GB RAM and 32GB of internal storage. There’s also a dedicated microSD card slot to expand its storage up to 256GB.

In terms of optics, it comes equipped with a 12MP Sony IMX 486 sensor on the rear, which is paired with an f/2.2 aperture lens. The handset is said to soon receive an AI scene detection feature via a future OTA update. On the front sits a 5MP camera that supports AI face unlock, AI Background blurring, AI Beautify and some more features. The Redmi 7A is backed by a 4000mAh battery that is touted to deliver 17 hours of HD video playback. It also features a splash resistant design and is said to sport reinforced corners to protect the device in case it falls. The device gets a two-year warranty and also comes equipped with wireless FM radio feature. 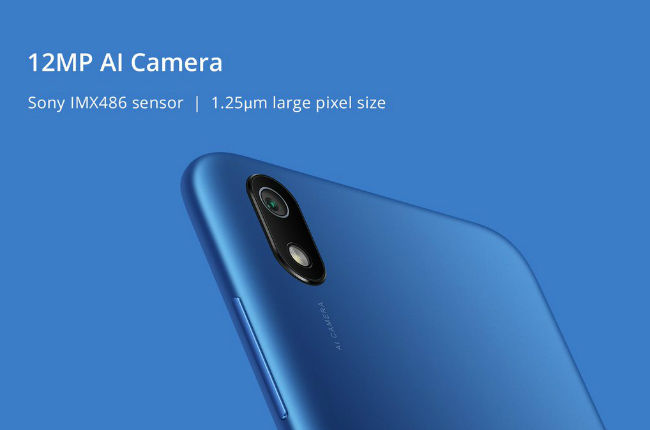 Jain had been teasing “a massive upgrade + a very special surprise for India” with the Redmi 7A. We are still not sure whether simply equipping a better sensor would be enough as the algorithms helping it capture images and the processor also play a big role in how the final image looks. However, you can be rest assured that we will put the phone through its paces in our review.

As mentioned earlier, the Redmi 7A comes in Matte Blue, Matte Gold and Matte Black colours. The 2GB RAM + 16GB storage version of the handset is priced at Rs 5,999, while the 3GB RAM + 32GB storage version will cost you Rs 6,199. Now, as a “special surprise,” it seems that the company is offering a "massive" Rs 200 cashback to customers who purchase the handset in July (pun intended). The phone will go up for sale at 12pm on July 11 via mi.com, Flipkart and Mi Home.

As s launch offer, Xiaomi is offering Rs 2,200 cashback to Jio users, along with additional 125GB data. On Flipkart, the handset will be available with 10 percent discount when bought via Axis Bank Buzz credit card.