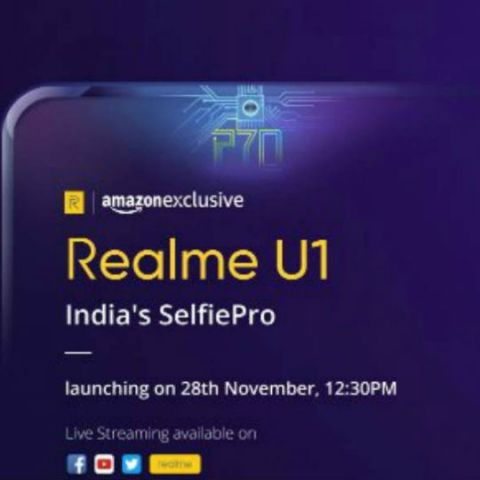 Realme will unveil its next device, the Realme U1, on November 28 but a week ahead of the launch event, the smartphone has been spotted on the internet. According to a report, Madhav Sheth, Chief Executive Officer of Realme India was snapped while he was clicking a photo with the upcoming smartphone. The photo was first published by 91mobiles and later, the executive tweeted an image which is watermarked “Shot on Realme U1 by Madhav Sheth”. The tech platform claims that Sheth was clicking a selfie from the smartphone at Exhibit Tech Awards 2018 event in Mumbai.

Realme recently announced that the Realme U1 will be the first smartphone that will be powered by the MediaTek Helio P70 SoC. The device will be the company’s fifth offering in the Indian market (fourth after it split from parent company Oppo), and will be an Amazon exclusive smartphone. For this, the e-retailer has launched a dedicated microsite for the handset and reveals some information about the smartphone. 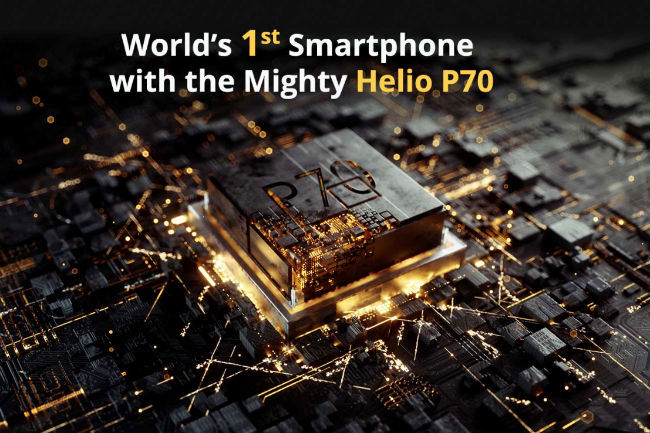 Realme is claiming that the Realme U1 will have “Most Powerful Selfie Camera Ever” and it is touted to feature a high-res depth engine with accurate AI detection. The smartphone will feature a “Dewdrop notch” display that has been seen on smartphone offerings from Oppo and the recently-launched OnePlus 6T. Unfortunately, apart from the processor, there are no official details about the device’s internals. However, an earlier Geekbench listing of the device suggests that it could be launched running on Android 8.1 Oreo with 4GB RAM.

Citing Counterpoint Research, Realme claims that the company is the first ever brand to hit a million shipments within 5 months of the brand launch. It also says that Realme had 3 million users within 6 months of the brand launch, and it is at the fourth spot when it comes to online share ranking (within a month of brand launch).  The company achieved these numbers riding o the success of its Realme 2, Realme 2 Pro and the Realme C1 smartphone in recent months. Earlier this year, Sky Li, Global CEO for Realme had resigned from his post as the Vice President of Oppo and Head of Oppo India, and created a separate brand.

Proud of the great work the team has put in getting us
1) Most Disruptive Brand of the Year Award
2) Best Smartphone of the Year under 20K for RM 2Pro at #ExhibitTechAwards 2018.
We will keep providing products that will surprise you. Are U ready? pic.twitter.com/xE7TGHANpP