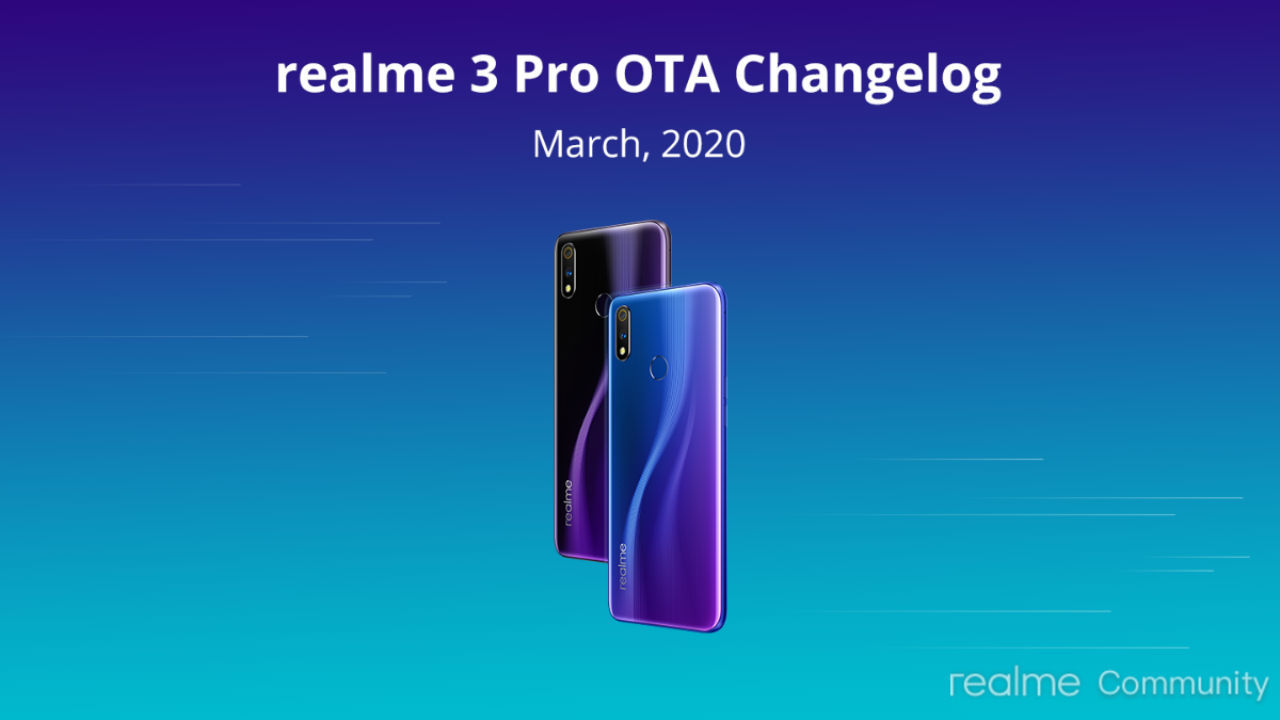 The march OTA update for the Realme 3 Pro will be staged rollout.

It fixes the issue that photos or screenshots are not displayed after upgrading.

If you are a Realme 3 Pro user, then there is good news for you. The smartphone has started receiving the March 2020 OTA update. The update version is RMX1851EX_11.C.04. If you haven't received the update, then worry not. The update for the Realme 3 Pro is being delivered in a staged rollout. The Realme post reads, “In order to ensure the stability of this update, it will have a staged rollout. The update will be randomly pushed out to a limited number of users today (March 23, 2020) and will have a broader rollout in a few days after making sure there are no critical bugs. If no critical bugs are found, the full rollout will be completed in the upcoming days.”

As far as new features are concerned, there are none in this update. This update is meant to fix the problems with the Realme 3 Pro. The update brings with it the March 2020 Android security patch and a host of fixes. The fixes that come with the update are as follows.

Coming to the specifications of the Realme 3 Pro, the smartphone is powered by the Qualcomm Snapdragon 710 mobile platform. The 4GB RAM + 64GB storage variant of the Realme 3 Pro costs Rs 12,999, while the 6GB RAM + 64GB storage version retails for Rs 14,999. The 6GB RAM + 128GB storage variant of the phone is priced at Rs 15,999. The smartphone has a 6.3-inch Full HD+ display with Gorilla Glass 5 protection. It also has a dewdrop notch giving the smartphone a 90.8 percent screen-to-body ratio. The phone comes equipped with Hyper Boost 2.0 software, which is claimed to enhance the phone’s speed and gaming experience.

For the optics, the Realme 3 Pro has a dual-camera setup on the back. There is a 16MP primary Sony IMX519 sensor, with an f/1.7 aperture. The 5MP secondary has an f/2.4 aperture. For your selfie needs, it has a 25MP sensor with an f2.0 aperture. The front camera supports modes like AI beautification and face unlock feature. The smartphone runs on ColorOS 6.0 based on Android 9 Pie. A 4045mAh battery with VOOC 3.0 fast-charging support powers the entire package.