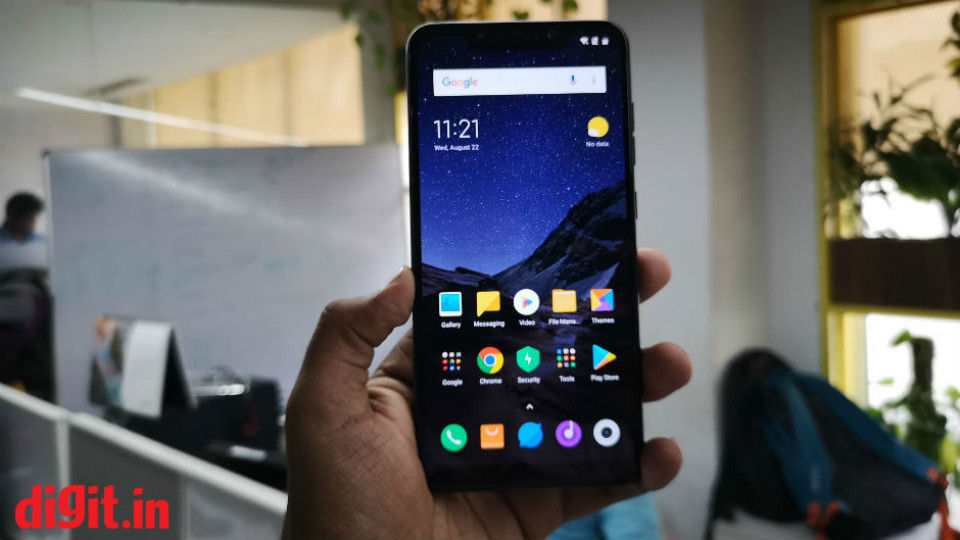 It may not provide a replacement phone to the users.

When the Poco F1 launched last year, it was the most affordable phone with flagship-grade hardware. The company has been releasing updates to the device regularly to mitigate any issues with the device. However, after receiving the MIUI v10.3.5.0 update, some users are apparently facing issues like screen freezing, ghost touches, and touch lags. The company has now asked the users who are experiencing any of these problems to return the handsets for testing.

The announcement was made by Pocophone Global head, Alvin Tse on Twitter in a string of tweets. He also gave an email ID to get in touch with the company so that users’ device could be picked up. “If yours is picked, they will email and give further instruction,” Alvin Tse said. It is likely that the company won’t be releasing a software fix for the phones plagued by this issue before it tests the phone to find the root cause.

It is to be noted that there is no mention that the company would give another device to users whose handsets have been collected. So either you have to wait till the team finds a fix for the problem, or you should have a backup device to use once your device gets picked up. In January, the company promised to fix the Poco F1’s touch-related issues as well as the battery drain problems with an update. However, these weren’t resolved.

(2/2) If you are willing to send in your device (touch issues only), then please send your user ID, contact info, description of issue, Feedback ID, videos/screenshots to vzhaoxiaomi@xiaomi.com. If your device can help solve the issue, we will reach out and contact you. Thanks!