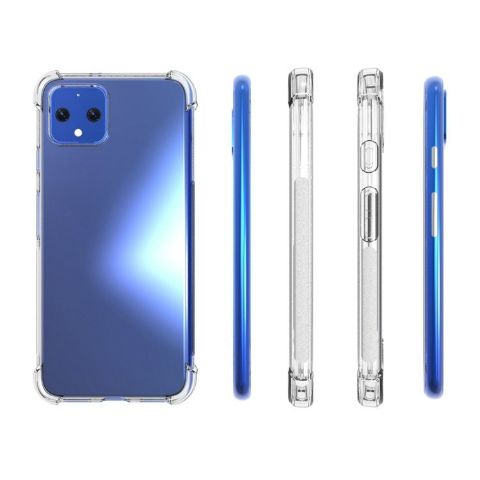 The handset is seen featuring a dual-rear camera setup.

By revealing the design of the Pixel 4 officially, Google did something that no one was really expecting. The company practically ruined the phone for leaksters, at least in terms of the handset’s design of the rear panel. While the official image of the phone showcases the rear panel, its dual camera setup and reveals some design elements, there are still some aspects of the phone that are unknown. We recently came across a new render of the handset that suggests it could be announced in Mint colour with a yellow power button. Now, a new leaked image hints at a blue colour variant of the Pixel 4 XL.

The tipster Sudhanshu Ambhore posted some images on Twitter of the alleged Pixel 4 XL case renders. The images again reiterate the design showcased by the company and suggest that the handset might be announced in a solid blue colour. Going by the images, Google could be dropping the two-tone design it uses on the rear panel of its Pixel handsets. The dual-camera setup is the same as what we originally came across. Two sensors can be seen housed within a square-shaped camera module, along with an LED flash and a small cutout, which could either be a time of flight sensor, or as rumours suggest, a spectral sensor that is already present on the Pixel 3.

As mentioned earlier, Google has officially shown off only the rear panel of the Pixel 4 smartphone. The display and its design from the front are yet to be revealed. However, a previously leaked live image of the handset suggests that it could come equipped with a pill-shaped punch hole display design. The bezels are also further reduced around the display and the front-facing dual speakers we’ve seen on the Pixel phones might not be present on the Pixel 4 handsets. You can read more about this here.