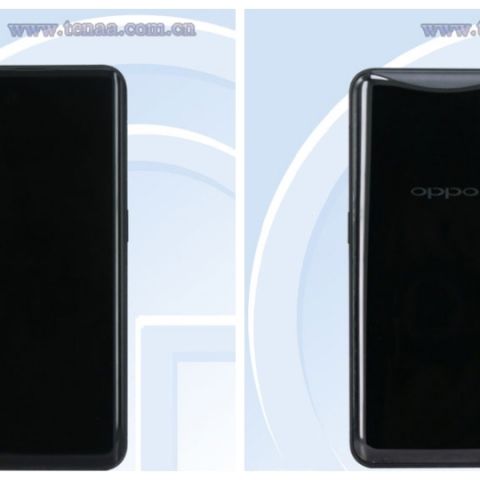 Oppo showed some innovation with its Find X smartphone that sported a futuristic look, thanks to the motorised camera setup. Although the device uses moving parts, which are bound to fail past a certain usage limit, the company seems to be working on its successor that comes with a similar design and notably, 10GB RAM and 256GB of internal storage. A recent TENAA listing reveals the device in a new grey colour and suggests that it could come equipped with the same motorised camera setup and a near bezel-less display. However, it remains to be seen whether the upcoming phone is just a new memory variant or a new Find series device.

In a separate report, the Antutu benchmark of the new variant has also leaked online. As per the image, the new 10GB RAM model of the phone manages to score 2, which is not as high as one would expect. The 8GB RAM variant of the OnePlus 6 managed to score 244,517 in our Antutu benchmark test and it should be noted that simply increasing the RAM in a phone does not necessarily mean that it will be faster. However, the unit on which the benchmark was run is said to be a production model and as such, one can expect a slight increase in these scores when the final retail handset is rolled out. 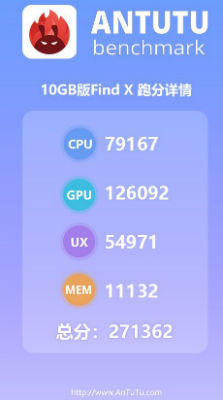 The OPPO Find X originally comes with 8GB of RAM with 256GB of inbuilt storage. The Find X comes with a 19.5:9 6.4-inch HD+ OLED panel with a 93.8 percent screen-to-body ratio. It is powered by the Qualcomm Snapdragon 845 SoC with an Adreno 630 GPU. It features an unconventional camera setup, which rests inside a separate motorised unit that pops up every time the camera app is launched or a face unlock must be done. On the rear, it sports a 16MP primary sensor and a 20MP secondary sensor. On the front is a 25MP sensor.

The OPPO Find X packs a 3,730mAh unit with support for VOOC fast charging and the company claims that it can charge from 0 to 100 percent in just 35 minutes. The Find X runs on ColorOS 5.1, which is based on Android 8.1 Oreo, with a fair amount of pre-installed bloatware. You can read our first impressions of the device here.