Oppo F17, F17 Pro has been launched in India

Oppo F17 and Oppo F17 Pro have launched in India and are being touted as the sleekest phones of 2020 measuring just 7.4 millimetres in thickness. Both the phones have been heavily teased in the heads up to the launch and the F17 and F17 Pro join the Oppo F15, that was launched earlier this year in the company’s F-series lineup.

Oppo F17 series has a thin and lightweight design with quad cameras on the back and support for fast battery charging out-of-the-box. Let’s take a look at the pricing, specifications and features of the Oppo F17 and F17 Pro.

The Oppo F17 Pro comes in a single variant with 8GB RAM and 128GB storage and is priced at Rs 22,990. The F17 Pro is available in Magic Blue, Matte Black and Metallic White colours. It goes on sale for the first time on September 7.

On the other hand, the price of the Oppo F17 has not been revealed yet but the phone comes in four variants-- the base variant with 4GB RAM and 64GB storage, 4GB+128GB variant, 6GB+128GB variant and the maxed-out 8GB+128GB variant. It comes in three colours-- Navy Blue, Classic Silver and Dynamic Orange. 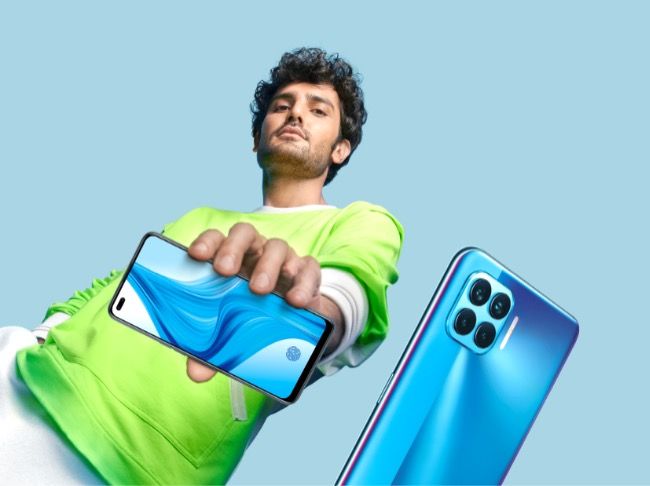 Oppo F17 Pro has a plastic built that measures 7.4 millimetres in thickness and weighs 164 grams. The F17 Pro features a 6.4-inch Full HD+ (2400 x 1080 pixels) resolution display that uses an AMOLED panel. The screen has a dual punch-hole cutout for the front-facing cameras that gives it a 20:9 aspect ratio. The screen is topped with a layer of Gorilla Glass 3+ for protection against regular drops.

The F17 Pro is powered by MediaTek Helio P95 processor with an octa-core CPU and PowerVR GPU. This is paired with 8GB RAM and 128GB storage and the phone runs on ColorOS 7.2 which is based on Android 10. There’s a dedicated microSD card slot that can be used to expand the storage further.

The phone comes with a quad-camera setup on the back that consists of a primary 48MP camera with f/1.8 aperture, an 8MP ultra-wide-angle camera with 119-degree field-of-view, a 2MP macro camera and a 2MP depth sensor. On the front, there is a 16MP primary selfie camera followed by a 2MP depth sensor. The rear cameras can do 4K UHD videos at 30FPS.

The F17 Pro comes with Wi-Fi, Bluetooth 5.0, under-display fingerprint sensor and more. It is equipped with a 4,000mAh battery with support for 30W fast charging. Oppo claims that the phone can go from 0-100% in 53 minutes courtesy of VOOC 4.0.