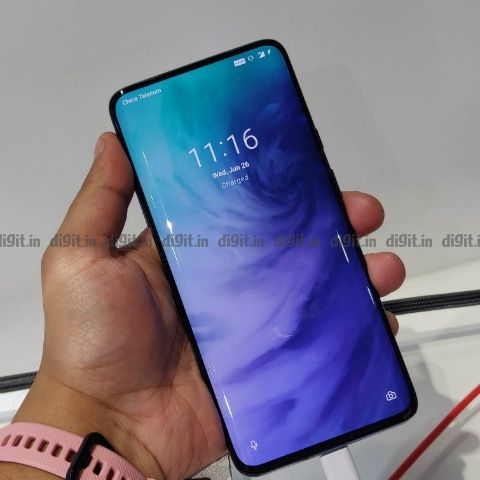 The notification was sent by accident during an Android Q beta testing.

OnePlus has officially confirmed that the notification was sent by the OxygenOS team accidentally.

Only those who have notifications from OnePlus enabled have seen it.

One of the two notifications was a gibberish message and the other was in Chinese, which reads hahaha when translated. OnePlus says that as soon as it noticed the mistake, it performed an in-depth investigation into the cause of this notification. Apparently, the push occurred while the OxygenOS team was conducting a software test for the upcoming Android Q system update. There was an error in the testing process, resulting in the accidental push. The push was received by OnePlus 7 Pro users only. Also, only those users that have push notifications enabled saw the message.

According to OnePlus, “The notification push function is designed mainly as a survey tool to help us better understand our users’ feedback and to further improve the user experience and is based on the Google FCM (Firebase Cloud Messaging) Protocol. Therefore, we want to reassure that this incident does not indicate any risks for your personal data. ”

If this was an April fools joke or a cryptic message regarding a future OnePlus announcement, it would have been something fans may have enjoyed deciphering. However, considering the number of vulnerabilities and threats around smartphones and user data, it's nice to see OnePlus providing a quick response and an apology for the incident.

In other OnePlus news, the company recently sent out the OxygenOS 9.5.6 update for the OnePlus 7. The update aims to improve the camera and system of the phone. In addition, it adds the Android June 2019 security patch to the device. You can read more about the update here.

I'm french but I'm sure the second one is not English