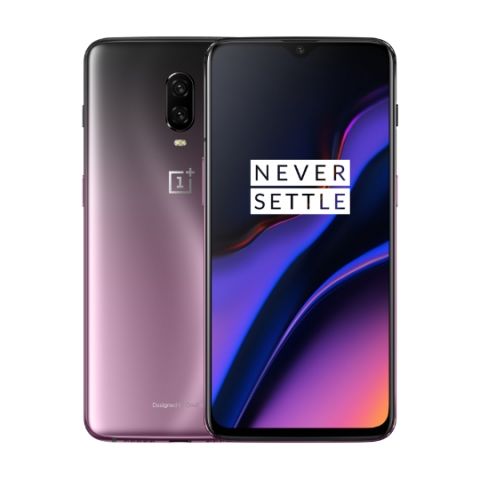 OnePlus has officially announced the Thunder Purple colour variant of its OnePlus 6T (review) smartphone. The device was launched in China and was being teased by the company’s India team on Twitter. The new colour variant features a frosted glass back panel with a gradient visual design, which is said to fade from black to purple. The company says that it has, “paid meticulous attention to detail to craft the perfect look, with a focus on how light reacts to the glass’ haze, roughness, gloss, transparency and reflective qualities.” The new variant features the same hardware as the initially released Midnight Black and Mirror Black variants.

Most of the changes made to the OnePlus 6T are external as its internals remain almost the same as its predecessor, save a bigger battery. The smartphone is powered by the Qualcomm Snapdragon 845 SoC, which is coupled with up to 8GB RAM and 256GB of storage. It sports a larger 6.41-inch Optic AMOLED display with a waterdrop notch and sports an in-display fingerprint sensor. The OnePlus 6T runs on OxygenOS 9.0.2, which is based upon Android 9.0 Pie and is backed by a bigger 3700 mAh battery. The company claims that the larger battery delivers 23 percent more runtime than OnePlus 6’s 3300mAh unit.

In terms of optics, the OnePlus 6T comes equipped with a 16MP Sony IMX 519 sensor with a f/1.7 aperture and a 1.12-pixel pitch, which is paired with a 20MP Sony IMX376K sensor that measures the depth of field. On the front, it features a 16MP sensor for selfies. Both, the rear and the front cameras come with OIS and EIS for stabilisation. This time, OnePlus has added a dedicated ‘Nightscape’ mode for low-light photography.

The Thunder Purple variant of the OnePlus 6T will go on sale exclusively via Amazon.in from November 16, 2018. It comes with 8GB RAM, coupled with 128GB of internal storage and is priced at Rs 41,999, which is the same as the phone’s other colour variants.

For launch offers, the company is offering a Rs 1,500 cashback when purchasing the phone using an HDFC bank credit or debit card Additionally, Jio subscribers will get to avail a Rs 5,400 cashback with the device, which will be credited back to them in vouchers after the first prepaid recharge of Rs 299. Under the plan, users will get to avail a total of 3TB of 4G data over 36 recharges.

Buyers will also have an option to select three months of no-cost EMI scheme when purchasing the phone via Amazon and  OnePlus exclusive offline stores. There’s also free damage protection for 12 months from Kotak Servify and discounts of up to Rs 500 on Amazon Kindle on Amazon.in.