For OnePlus 6 it’s an OxygenOS Open Beta 19, and for the OnePlus 6T the update is Open Beta 11. 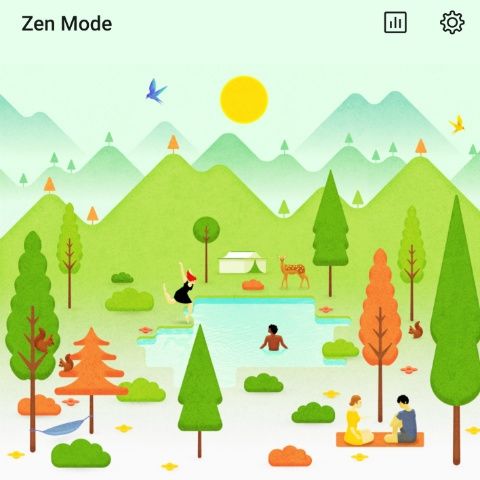 Earlier this month, OnePlus announced that it will trickle down the Zen Mode and Screen Recorder features to the OnePlus 6 and the OnePlus 6T smartphones. The company has now delivered on its promise and has released open betas for both these devices bringing the above-mentioned features in last year’s flagship devices. For OnePlus 6 it’s an OxygenOS Open Beta 19, and for the OnePlus 6T, the update is Open Beta 11. Apart from these, OnePlus has also rolled out fixes and improvements in other areas as well.

The Zen Mode in OnePlus 7 Pro is basically a “stricter” version of Google Wellbeing. It helps users to stay away from their phones for a certain period of time. When the feature is turned on, the user won’t get any notifications, calls, or messages for 20 minutes straight. What’s interesting is that a user who has opted to enable this mode, there is no turning back. Once you’ve chosen to enter into the ‘Zen Mode’, no matter what you do (even restart the phone), you cannot exit the mode for 20 minutes. Users, however, can make emergency calls and click images.

The second feature, called screen recording, essentially records what you do on your screen. This is not a new feature because OEMs like Apple and Huawei have already offered it in their phones. Google is expected to bring this feature natively in Android Q. According to the changelog on OnePlus forum, the company has also fixed the bug where Facebook messenger pops up notifications when in gaming mode. The update also brings an improved smooth-scrolling experience to the device. The PIN-TO-TOP feature for notification category has also been rolled out to users only in India.

People who have enrolled for Beta testing will receive the new build as an OTA. Those who have migrated to the beta testing will continue to receive Open Beta OTAs, but won’t receive the regular Official Stable OTAs. If you want to move back to the Official OTA path from the Beta path, you will require a full install and clean flash.