Well, for better or for worse, the Pixel 3 XL will be announced officially in New York on October 9, confirming all the previously leaked information and hopefully revealing a few more. 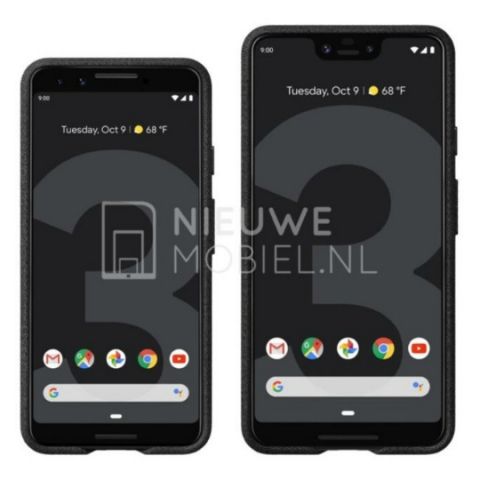 The Pixel 3 XL leaked in the photos is the white colour variant. It has a green mint-coloured accent on the power button. As seen before, there is also a huge notch on the top of the display along with a big chin at the bottom.

According to the leakster, the SIM tray of the phone has been relocated to the bottom of the phone. That’d be a first. Some more screenshots of the camera UI shows Google has redesigned it along with the Google Assistant prompt.

The leak also confirms the Pixel 3 XL will not have the ability to recording in 4K 60 FPS. Although, it could be that the ability is not showing up in the leakster’s phone and will be included in the final release.

Furthermore, it seems Google is not going to provide a way to hide the notch. That could be a bummer for those who never liked the ugly cutout in the first place. Almost every other manufacturer gives the option to hide the notch. Except Apple, of course, who introduced the design in the iPhone X.

Well, for better or for worse, the Pixel 3 XL will be announced officially in New York on October 9, confirming all the previously leaked information and hopefully revealing a few more.

So here is another look at the Pixel 3 XL exclusively from me! According to the source, the device features a frosted glass back with kinda plastic sides (could be metal with some coating). Also has a SIM Tray at the bottom.#Google#GooglePixel3 #Pixel3XL#Pixel3 pic.twitter.com/ocEKb5QoW2