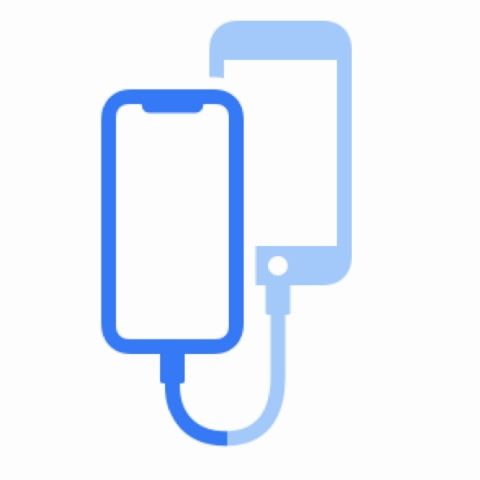 ​Apple might allow the use of a cable to transfer files between devices in future.

9to5mac found an asset in the Setup app that hints at the new way of transferring data.

Apple has released iOS 13 beta 3 which is mainly focussed on performance improvements. While going through the code changes between the iOS13 beta 2 and the latest one, tech news publication 9to5mac found some new assets in the Setup app. The Setup app runs when an iPhone starts for the first time or after a reset. The asset hints that the iPhone-maker might be working on a new way to transfer files from one iOS-powered device to another - using a wire.

Currently, when users set up a new iOS device, they can restore their data from an iTunes backup or from an iCloud backup. The second option is a speedy one. Users can have two devices logged in to their Apple ID account, and transfer data wirelessly. According to the new assets and strings found in iOS 13 beta 3, it seems that Apple is working on a third way to transfer data from another iOS device directly, that is, by using a cable.

The news portal says that one of the assets shows an image of two iPhones connected to each other using a cable. It is not known how Apple wishes to achieve this because the Cupertino-based company does not offer a Lightning-to-Lightning cable yet. This could also be a hint that Apple might launch such a cable in the near future.

Additionally, when the folks at the publication tried to make the new transfer options appear on a device running iOS 13 developer beta 3 by resetting the device and doing the setup process manually, they couldn’t find the options pop-up. This suggests that the feature is still not fully baked to be rolled out for testing.