Huawei's next big flagship, the Huawei P30 Pro has surfaced on YouTube in a concept render video, showing off what the phone could potentially look like 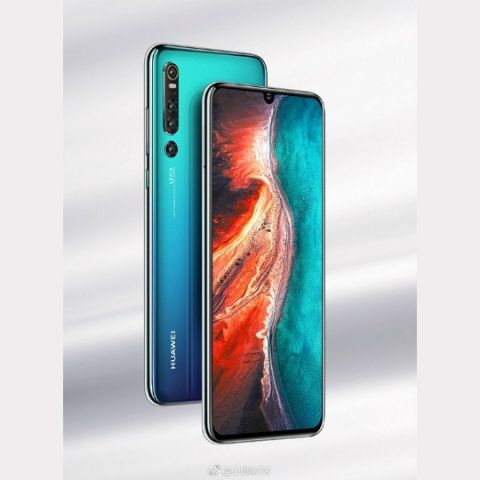 Huawei is expected to launch its next big smartphone, the Huawei P30 Pro and before the launch, a YouTuber has released a concept render of the device. The render is based on numerous leaks that have surfaced over the last few weeks. The three-minute video highlights various physical attributes of the yet to be launched smartphone, along with a look at the potential rear camera setup.

In the rendered video, you can see that the Huawei P30 Pro could have very narrow bezels and a display that unlike the P20 Pro, sports a water-drop style notch. The display seems to have a curvature along the edges, just like the display of the Huawei Mate 20 Pro, a design choice that prompted many people to compare it to the Samsung Galaxy S9+. The backside of the phone, according to the concept render, would sport a quad-camera setup. This could actually end up being the case given how the P20 Pro had a wide-telephoto-monochrome setup but the Mate 20 Pro had a wide-ultra wide-telephoto setup. Many users missed the monochrome sensor and the P30 Pro is the smartphone which could see the return of the monochrome sensor, leading people to believe the P30 Pro would sport a four-camera setup.

The Huawei P30 Pro is expected to sport the Kirin 980 processor along with 6GB or 8GB of RAM. The curved OLED display is expected to have the QHD+ resolution. There’s also rumoured to be a larger Huawei P30 smartphone which will come with a triple camera setup instead of a quad-camera setup. We expect the Leica branding to continue being present on the smartphone camera lenses. Rumours have suggested that the P30 Pro will sports a more modest 38-megapixel sensor, the Sony IMX607. This is an upcoming, but yet to be announced imaging sensor for Sony and features a square pixel array, the first of its kind.

Huawei had announced the P20 Pro and the P20 at an exclusive event in Paris last year, right after Mobile World Congress. This year, however, Huawei is expected to unveil the smartphones at MWC, to be hosted in Barcelona between 25-28 February 2019.