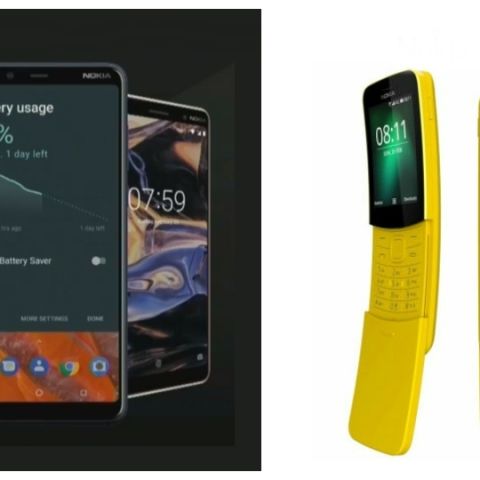 Nokia 3.1 Plus Specifications and Features

The Nokia 3.1 Plus features a 6-inch HD+ IPS display with an 18:9 display aspect ratio. The new phone doesn’t feature a notch on top and the screen is 0.8-inch larger than its predecessor this time. The taller display is accommodated in a similar form factor as the Nokia 3.1 and this means slimmer bezels all around the display. The smartphone is powered by the MediaTek Helio P22 octa-core processor and comes in two variants, one with 2GB RAM coupled with 16GB of internal storage and another with 3GB RAM/32GB storage. The storage can also be expanded up to 400GB via a microSD card. It comes with a dual-SIM card slot and a dedicated microSD card.

Coming to optics, the Nokia 3.1 Plus comes equipped with a 13MP + 5MP dual rear camera setup with a f/2.0 and f/2.2 aperture lens respectively. The main camera supports Phase Detection Auto Focus (PDAF) and capturing bokeh shots. On the front, it sports an 8MP sensor that also supports shooting portrait images and one will also be able to adjust the intensity of the bokeh while capturing an image and also after capturing it. The Nokia 3.1 Plus is an Android One device, which runs on Android Oreo. It gets a rear-mounted fingerprint sensor and is backed by a 3500 mAh battery, which is said to deliver up to 17 hours of video playback and up to 34 hours of talk time on a single full charge.

The Nokia 8110 4G runs on the Qualcomm Snapdragon 205 SoC and along with 4G support, it can also be used as a Wi-Fi hotspot. It runs on Kai OS, the same operating system as the JioPhone, and also comes with Google Assistant, Google Maps, and Google Search. It also supports apps like Facebook, Twitter and more, which can be downloaded from the Kai OS app store.

Nokia 3.1 Plus will be first made available in India in Blue, White and Baltic colour models. It is priced at Rs 11,499 and will go on sale online via Nokia Online shop and also from all offline stores starting October 19. The company will also offer 1TB data for all Airtel users.

The Nokia 8110 4G is priced at Rs 5,999 and will go on sale offline from October 24. It comes in Black and Yellow colour variants and will be available with up to 544 GB of data for Jio subscribers