A famous tipster posted images of the alleged specifications of the Google Pixel 3a. 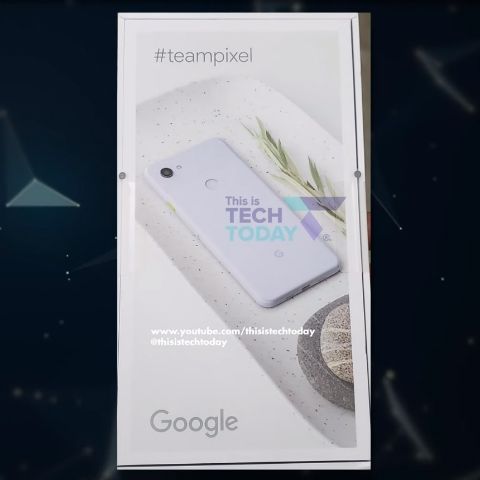 It seems Google is not very good at keeping secrets. The Pixel 3 XL was dubbed as the worst kept secret because it was “the most leaked phone ever (at the point)”, and now the specs of an affordable Pixel device have leaked just a few hours ahead of the launch. Shared by famous tipster Roland Quandt on Twitter, the detailed spec sheet of the Pixel 3a seems to be translated from another source. The spec sheet confirms some of the specs that we know so far. It also lists the features of the phone.

The spec sheet confirms earlier reports that suggested that the Pixel 3a would sport a 5.6-inch display. What’s new is that we now know that it is an OLED display, has Full HD+ (1080p) resolution, an 18:9 aspect ratio and the Always-On display feature Under the hood, the phone is seen having an Octa-core Qualcomm Snapdragon 670 mobile platform, paired with 4GB of RAM and 64GB. Just like the Pixel 3 devices, this is also suggested to come with a Titan M Security module.

In the camera department, the phone comes with a single 12.2 MP sensor with dual-pixel autofocus and 1.4 micron-sized pixels, and it features a lens with an f/1.8 aperture – the same that is offered on the Pixel 3. Moreover, the selfie shooter is identical with an 8MP sensor and a lens with f/2.0 aperture. Unfortunately, there is no secondary wide camera on the front like the Pixel 3 devices.

The spec sheet shows that the rear camera will be able to record videos in 4K quality @ 30fps, and the the front camera, 1080p @ 30fps. There is also a mention of Active Edge, a feature that lets users squeeze the sides of the phone to summon the Google Assistant. The phone is compatible with USB-Power Delivery 2.0 for 18W quick charge. There’s a 3,000 mAh battery on-board, a 3.5mm jack and the phone is said to be made of polycarbonate material.