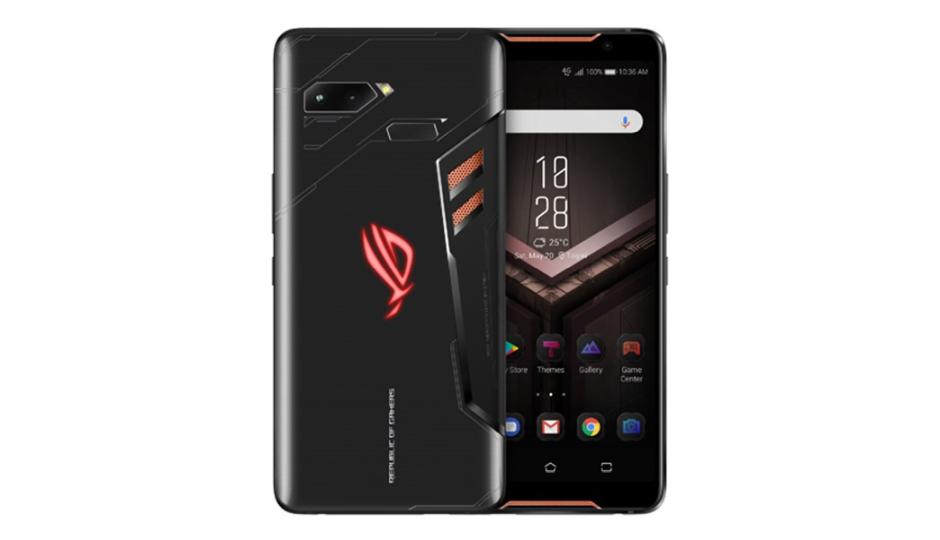 The ROG Phone 2 could feature a design similar to its predecessor.

The handset could enable users to select screen refresh rates from 60Hz, 90Hz and 120Hz.

It's expected to be launched on July 23 in China.

Asus is expected to launch its second gaming smartphone, the ROG Phone 2, on July 23 at an event in China. The company has also revealed that it will be the first handset to be launched running on the Qualcomm Snapdragon 855 Plus, which is an overclocked variant of the Snapdragon 855 SoC. Now, ahead of the official announcement and reveal, a couple of live images of the handset have leaked online, which reveal the device’s design from the front. In addition, one of the images hints at the possible refresh rate options that might be available. The images were posted on Weibo and if true, the ROG Phone 2 might not differ too much from its predecessor, at least in terms of the front panel's design.

From the front, the alleged image of the ROG Phone 2 shows off an 18:9 display aspect ratio on the phone. There is no notch and a speaker sits on both top and bottom bezels, which are also considerably slimmer in comparison to its predecessor. The front camera can also be seen on the upper top right corner. The overall system theme of on the phone features tweaked app icons, which are similar to the ones we have already seen on the original ROG Phone. Coming to the second image, it reveals that there will be four refresh rate levels to choose from on the upcoming handset. The ROG Phone 2 might enable one to choose between 60Hz, 90Hz, and 120Hz display refresh rates. 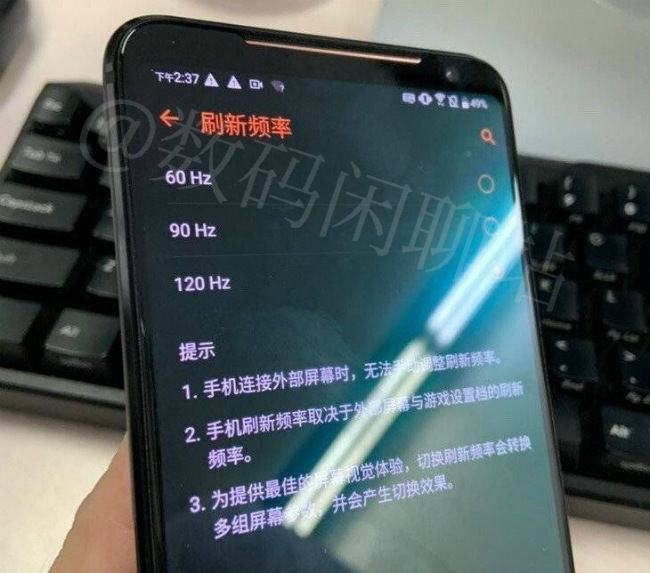 The ROG Phone 2 was also previously spotted on the Wi-Fi Alliance, US FCC website, as well as the 3C Certification websites. The 3C listing suggests that it could come with 30W fast charging support but this feature was also available on the first ROG Phone. As mentioned earlier, the ROG Phone 2 is confirmed to come equipped with an overclocked version of the Snapdragon 855 chip.