According to a report, the phones were accidently leaked by Motorola Brazil on the official website, confirming the rumours that Moto G7 series will have a total of four devices. 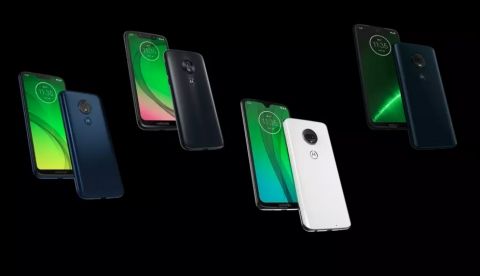 Earlier this week, the press renders and the starting price of the Motorola G7 series phones were made public but there was little information about the specs of each of the phones that have been reported to launch under the G7 banner. In what can be called as the first official confirmation on models, variants and their specs, the Motorola Brazil accidentally listed the phones on the website. The listing has now been removed, a report said. 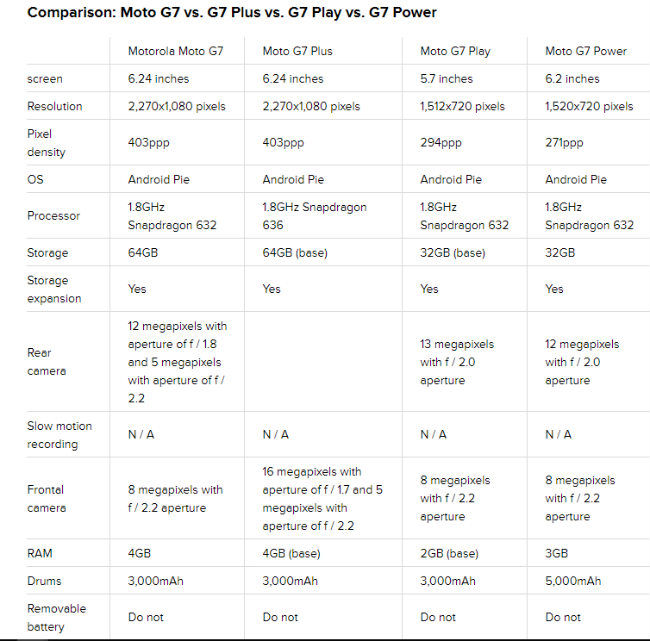 Digit does not have any confirmation on the specs listed on the CNET's website and we advise our readers to take these with a pinch of salt. Previously, a Geekbench listing showed one particular phone under this series being powered by the Qualcomm Snapdragon 625 processor, coupled with 3GB RAM. In the report, there is no mention of this processor. Also, it was reported that at least one model may have a more powerful SoC like the Snapdragon 660. There is no mention of this processor as well.

CNET claims that it contacted Motorola to verify the information, and the company responded, “Thanks for notifying”. Shortly after the conversation, the company reportedly removed the web pages. Motorola has not announced the price of any of the phones under the Moto G7 series, but a previous report suggested that the Moto G7 Play may be priced at 149 euros (approx Rs 12,000) and the Moto G7 Power may cost 209 euros (approx Rs 17,000). Motorola is holding an event on February 7 in Brazil to launch the Moto G7 phones.