PUBG Mobile: The official rule book for hosting your own tournament 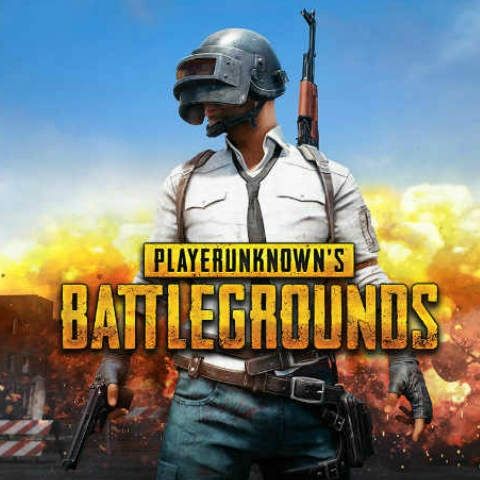 The fact that anyone can download and play PUBG Mobile is now commonly known. The battle royale game is free to download from the Google Playstore and Apple Appstore.  It’s just as easy to find friends to play with in the game, and slightly more difficult to win a Chicken Dinner. While playing the game casually is super fun, PUBG Mobile is also played professionally these days in official tournaments like PUBG Mobile India Series that recently concluded with the winning team taking home Rs 30 lakhs in cash! These are large scale tournaments where players from all over the country participate. There are global tournaments as well where every region where PUBG Mobile is available take part. Now, we understand it’s not always possible for every player to participate in these tournaments, but that shouldn’t stop you from having fun playing a tournament. After all, winning a match is one thing, but winning a long tournament requires a lot more skill (and some amount of luck!).

So we poured through the official rules and regulations that the official tournament hosts follow. It’s a 27-page document that requires meticulous reading to understand the nuances of turning PUBG Mobile into an eSports. There’s even a big debate about whether the battle royale game can even be considered as a viable eSports game, considering how there’s a good amount of luck involved in the beginning of the game, but that calls for another story. But considering the popularity of the game, and the host of tournaments already conducted, it’s safe to say PUBG Mobile tournaments are here to stay. Take a look at the key rules and format of the tournament here, so that you can either host your own tournament or practice for the big arena —

To get a tournament up and running, you will need a lot of players. How to choose them? While you can frame your own rules regarding this, the official rule states only players who have reached the age of majority in his or her own country are eligible to participate. Furthermore, the players must meet a minimum rank of Platinum or above in any mode (TPP or FPP) at the time of registration.

Registration can be done in any way you deem fit. You can either circulate an online form for everyone to fill or send invites to players with all the details. If you plan maintaining a certian standard, you can even set the minimum ranking requirement higher.

PUBG Mobile tournaments are usually played in teams of four. Each team is required to maintain four players in the team’s starting lineup. Teams also have the option to add one more player who will act as a substitute. There are no compulsion that the number of players in the team has to be five. It’s the maximum number of players allowed in a team, and tournament officials reserves the right to disqualify teams if they are not meeting the required quorum of players.

A team should also have a captain assigned who will be the point of contact with the officials. The captain needs to be part of the team roster for every game, and teams cannot change captains during the course of the tournament.

Each team member will have to be registered with their official gamer tags and once registered, no changes to the roster will be permitted. Teams can bring in a substitute player in between games, and not during the game.

Furthermore, a Team’s name, once registered cannot be changed again without prior approval. The team names must be different and unique and must not include words or logos that infringe trademarks, are deemed offensive, toxic or harmful.

Player names or gamer tags must include the player’s team name or an acronym of it, along with the player name in the following format —
TEAMNAMEPLAYERNAME. For instance, if you’re a part of team 'Digit' and your in-game name is 'Psychomantis', then the name will appear like DIGITPSYCHOMANTIS. These gamer tags cannot be changed during the course of the tournament and just like with team names, gamer tags cannot consist of words that are offensive or trademark infringing.

There can also be an online-only qualification round where teams are required to play a set number of games on their own and the teams with the highest scores will be selected.

Once qualified, players enter the regular season. During this time, 32 teams will compete in “regular season matches”. Each game will have 16 teams. They are usually played during the weekends (Friday, Saturday and Sunday). The regular season is broken up into three stages — Group Stage, Semi-Finals, Finals.

Group Stage — Each of the 32 teams plays 12 tournament games and the top 24 teams based on cumulative scores proceed to the semi-finals.

Semi-Finals — Each of the 24 qualifying teams will play 16 tournament games and the top 16 teams with the highest cumulative scores will advance to the finals.

Finals — Each of the 16 teams will play 8 to 12 games to determine the champion. This can either be played online or via LAN.

Players are expected to use their own devices in online events, but in LAN events, players are provided with dedicated devices meant only for playing in the tournament. Only smartphones are allowed to be used to play the game. PCs, consoles, tablets, laptops or any other non-handheld device are not allowed. Even using the official emulator on PC is not allowed. Players can only use devices running on Android or iOS.

Maps that are used in games include Erangel, Miramar, Sanhok and Vikedi. All games are played in Third Person Perspective (TPP). There are no pauses permitted during the game for any reason other than some extreme cases like a natural calamity or a terrorist attack. However, a game can be replayed if there are technical malfunctions or if a player disconnects (without their fault) within 90 seconds of the player landing on the battlefield, or if a problem occurs in the loading screen and the game doesn’t load, if the player is unable to move within 90 seconds and some other circumstances.

Players will also have to take prior permission from the organisers if they plan to stream their game play. But there should be a five-minute delay in the stream.

Official tournaments expect players to be professional at all times and observe the highest standards of personal integrity and sportsmanship. However, if players are found to collude with other team members or members of other teams to provide any player with advantages or benefits, or pre-arranging to split the prize money or deliberately losing a tournament game for compensation will lead to disqualification of the team. Furthermore, cheating of any sort is prohibited. Cheating includes use of any kind of cheating device or program, or any other method like signaling devices, hand signals, talcum power or screen protectors. Intentionally using any in-game bug to get undue advantage is also prohibited. Players also cannot use another player’s account to play. Moreover, vulgar or hateful speech, violence, drugs and alcohol, gambling, studio interference and unauthorised communication will lead to disqualification.

Apart from disqualifications, authorities also have the right to impose penalties which include verbal or written public warnings, forfeiture and bans.