The joint research aims to make advancements in the field of Artificial Intelligence software, hardware and algorithms. The investment by IBM will be over a ten year period and will help in setting up of the MIT-IBM Watson AI lab. 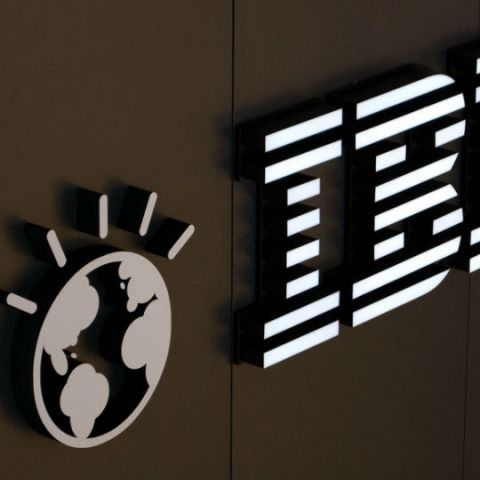 IBM has committed a substantial amount of $240 million over a period of ten years for developing a Watson branded Artificial Intelligence research lab in collaboration with Massachusetts Institute of Technology.

As per MIT news, The motivation behind this partnership is to perform breakthrough research in the field of AI. With this collaboration, IBM and MIT researchers will work together and will be independent of both the organization's research efforts in AI. The MIT-IBM Watson AI Lab’s goals are focused over four specific research areas, which are - using physics for creating new hardware for enhanced AI computation, developing better AI software and algorithms, applying AI to specific industries such as healthcare and cyber security and evaluating implications of AI on society.

On the collaboration, John Kelly III, IBM senior VP, Cognitive Solutions and Research said, “The field of artificial intelligence has experienced incredible growth and progress over the past decade. Yet today’s AI systems, as remarkable as they are, will require new innovations to tackle increasingly difficult real-world problems to improve our work and lives.” He further remarked, “The extremely broad and deep technical capabilities and talent at MIT and IBM are unmatched, and will lead the field of AI for at least the next decade.”

The newly formed IBM-MIT lab also has another objective of contributing to open source AI projects as well. IBM Research VP Dario Gil announced that IBM and MIT plan to publish the results of the research from the AI lab. They also expect that the researchers at the lab will extensively contribute to open source AI projects. MIT and IBM will mutually own the intellectual property produced at the lab with IBM having an option to use the technology in its commercial products.

MIT is well versed in the field of AI as it started one of the first AI labs. The collaboration between IBM and MIT is also a first, as in 2016, IBM research announced a multiyear collaboration with MIT’s Department of Brain and Cognitive Sciences to advance the scientific field of machine vision, a core aspect of artificial intelligence. Apart from IBM, Google, Open AI and others are investing resources into AI research. Google acquired Deepmind in 2014 and demonstrated its AI capabilities by besting some of the best Chess and Go human players in the world. Not only that, Google’s AI had achieved a breakthrough last year in speech generation via machines which could generate sound waves to mimic human voices.