After showing off AI-powered experiment emoji scavenger hunt developed in its creative labs, Google unveiled another demonstration called Project Oasis that mimics the live weather of a place by creating light, mist (for fog) or rain. 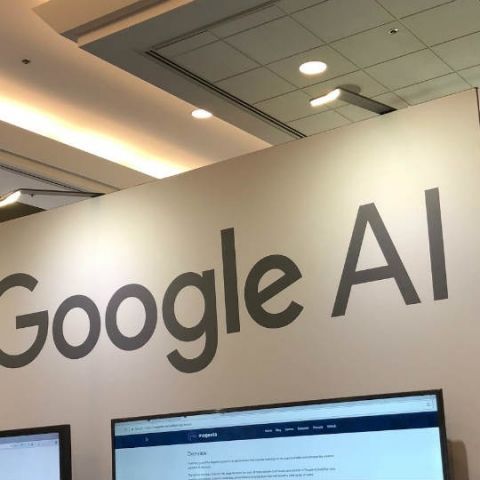 Google has been bullish when it comes to incorporating Artificial Intelligence (AI) in various experiments. This time its has created an AI-powered terrarium that tells the live weather of any part on the earth by mimicking the conditions of that place.

Listed on GitHub, the experiment is called Project Oasis and is a voice controlled terrarium that recreates outside weather inside a box. You can talk to it through Google Assistant to ask about the weather or ask it to create certain conditions.

The project is developed by an Indian-origin developer Harpreet Sareen and his friends at the Google Creative Lab. The group said that other developers can also build their own terrarium. Detailed instructions of fabrication and electronics are here.

The terrarium, which comprises of three modules: Dialogflow functions, Cloud PubSub NodeJS listener and Arduino sketch, recreates rain, clouds and lighting in a self sufficient closed and living ecosystem.

According to the details on GitHub, the developers used Google's Dialogflow to parse natural language for the required parameters of city, location or action. User's voice input are mapped to actions or functions exported in the Dialogflow fulfillment.

“These functions use openweathermap api to extract information about clouds, rain, light conditions at a particular location. The result JSON is passed onto the terrarium using Google's Cloud PubSub -- a realtime notification system. PubSub messages then trigger appropriate components within the terrarium,” it said.

For example, if you ask about the weather in New Delhi, the terrarium will recreate the weather with light, shooting mist (for fog or clouds) or rain depending upon the current weather conditions of the capital city .

Last month, Google created an AI-powered experiment emoji scavenger hunt that showed how the company’s machine learning tools can be used to make fun little games. The experiment asks the user to use a smartphone's camera to find objects that match an emoji within a time limit. With each find, the time limit increases.

Google has also given users a (fun) glimpse of how far its natural language processing technology has come. Google Research division of the search-giant has rolled out Semantic Experiences, which are websites with interesting activities that demonstrate AIs' ability to understand how we speak.