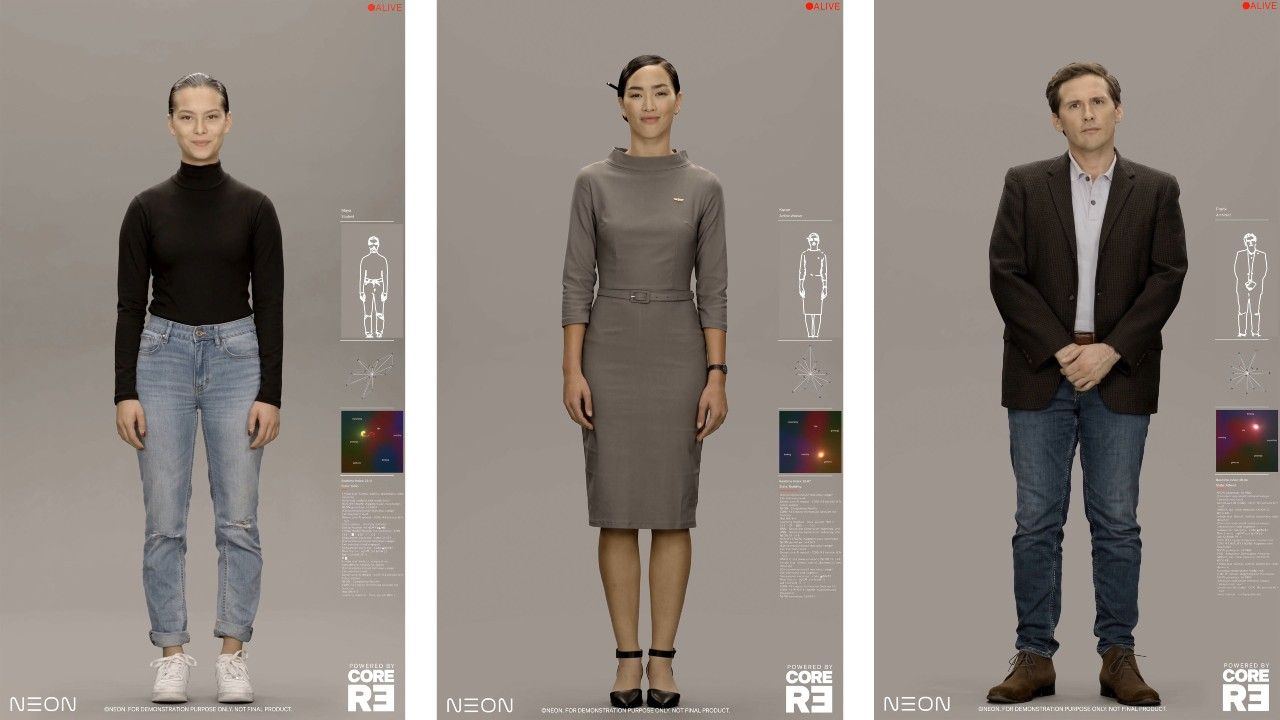 CES is a place where unexpectedly weird technology is unveiled every year and CES 2020 is looking to continue on the same track. Leading up to the event, Samsung was hyping up a mysterious new product developed by Samsung Technology & Advanced Research Labs (STAR Labs) called NEON. Now, the company has unveiled the project and it essentially is 'computationally created virtual beings'. NEONs are not know-it-all bots. Instead of being Androids or copies of real humans, NEONS are claimed to converse and sympathize just like real humans.

“NEON is like a new kind of life,” says CEO Pranav Mistry, “There are millions of species on our planet and we hope to add one more. NEONs will be our friends, collaborators, and companions, continually learning, evolving, and forming memories from their interactions.”

Before we dive into what exactly NEON is, we first need to understand the technology platform it is built on. NEON is powered by CORE R3, where R3 stands for Reality, Realtime and Responsive. The technology platform is inspired by rhythmic complexities of nature and it is extensively trained with how humans look, behave and interact. It can computationally create lifelike reality through that. The CORE R3 has a few milliseconds of latency that makes it possible for NEON to react and respond in real-time. SPECTRA runs in complement to CORE R3.

SPECTRA is an upcoming technology platform, which makes NEON “truly immersional” with the spectrum of intelligence, learning, emotions and memory. The company will unveil more information about SPECTRA at NEONWORLD 2020, later this year.

Coming to NEON, it is being marketed as the first “Artificial Human.” The name is derived from NEO (new) + humaN. NEONs are claimed to learn new skills and form memories from experiences. The company says, "although they (NEONs) are computationally generated, NEONs can be friends and companions. As of now, NEONs do not have a physical embodiment, instead, they are “digitally composed next-generation artificial intelligent entities.”

NEONs are said to exhibit human capabilities like the ability to communicate with human affect, the ability to learn from experiences, and the ability to form new memories. The company claims, NEONs can understand, converse and sympathize just like a real human. Furthermore, they can be personalized to assist in tasks that require a human touch. A few real-world examples where NEONs can be used are as a teacher, a personal financial advisor, a healthcare provider, an actor, a spokesperson or a TV anchor.

A NEON is not an interface to the Internet to ask for weather updates or to play your favourite music. They are different from the AI assistants we already use as NEONs are being claimed to be like us, an independent but virtual living being, who can show emotions and learn from experiences. Moreover, NEONs do not know-it-all.

The company has clarified that the technology behind NEON is fundamentally different from deepfake or other facial reanimation techniques. While there are numerous image and video manipulation techniques that rely on taking existing images or videos and replacing features or faces with that of another person, CORE R3 does not manipulate an individual scene, videos or sequences. It is said to create new realities by creating unique behaviours and interactions of NEONs in real-time that never happened before.

On the privacy front, the company ensures that no one expected the users and their NEONs can ever have access to their interactions. The company says, “NEON will never share your private data without your permission.”

While the company has previewed NEON at CES 2020, its beta launch is scheduled for later this year with “selected partners in several countries around the world."