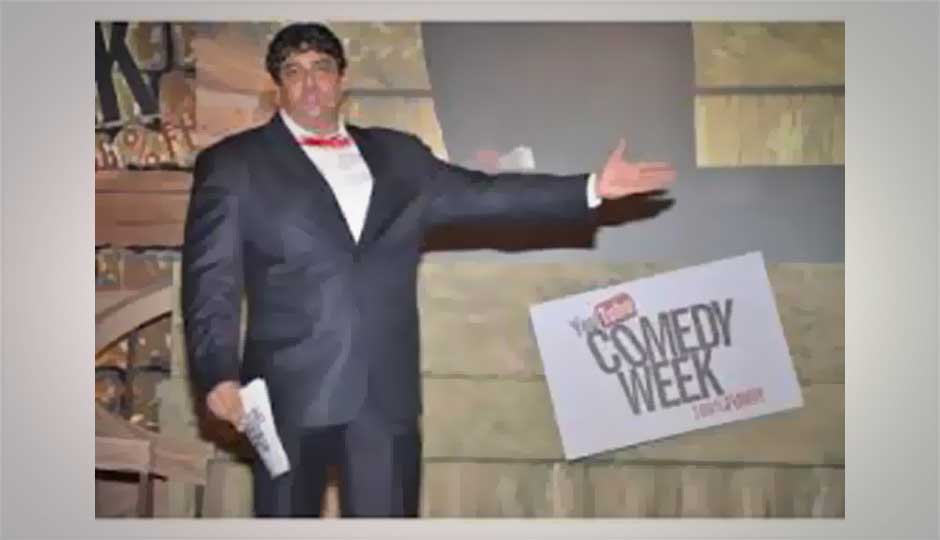 At the hilarious launch event of the Indian Comedy Week, Sandeep Menon, Director Marketing for Google India said, “YouTube is the place where people come to laugh.” It may sound a bit far fetched but take a moment and think about the countless fail compilations or cat videos you’ve rolfed to in recent memory. As it turns out that about 35 percent of all channels worldwide are comedy-centric. It’s no surprise then that YouTube in close collaboration with leading Indian content producers and production houses announced the launch of Comedy Week in India. Running from 5th September till 12th September, YouTube will play home to the best of Indian comedy with over 400 hours of comedy content curated all on YouTube India’s channel at www.youtube.com/comedyweek.

Over the next seven days, comedy enthusiasts can watch brand new content produced by popular YouTube comedy creators including Jay Hind TV (one of our long time favourites for their Ra One roasted video), and TheViralFever (who we covered in our “What makes things go viral” cover story a couple of issues ago).

The Comedy week is going to roll out commercials that will be broadcast on TV (a first for YouTube) because Google reasons TV is still the best medium to reach masses in the the country. You can watch the commercials here and here.

But apart from the announcements the launch event was an experience in itself. Cyrus Broacha in his inimitable style kicked off the evenings proceedings with his brand of impromptu humour making fun of stage hands, the live band and even Google executives present at the event. “There’s free booze after this,” he said as a refrain to any member of the press who wasn’t as malleable to the humour bombardment as one would expect. Starting the humour barrage was the dynamic duo of Siddharth and Bharti Singh who fell flat with a brand of slapstick and mimicry that we’re used to. Cyrus as the saving grace came up on stage and explained that the comedy week will be covering all levels of humour and what we just saw was one of them. The highlight of the show was All India Bakchod made up of Rohan Joshi, Ashish Shakya, and G Khamba with their all-english and slightly cerebral brand of humour. The show rounded off with small skits from The Viral Fever who were not so adept at live humour and Clothesline News Laundry that took things to the limits with political satire.

All in all a good kick off to a great initiative. Do comment about how you enjoyed the Comedy Week in the comments below.