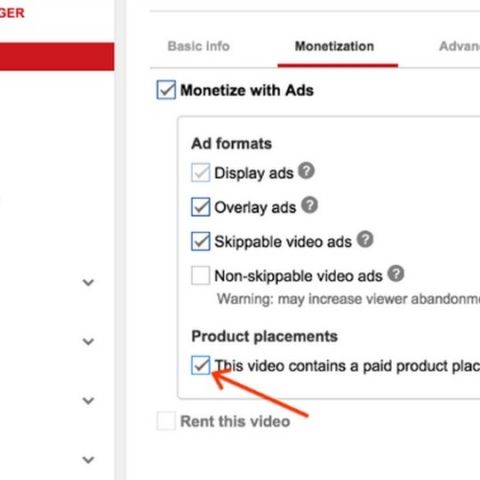 YouTube's latest policy change on content tie ups has received wide criticism from content creators. The latest policy bars creators from adding 'graphical title cards' including sponsor logos and product branding unless YouTube is paid for the advertisement – a move widely considered as an attempt to control the MCNs and independent content creators on the network.

“We allow text-only title cards where there is Paid Product Placement for the purpose of paid product disclosure only. Graphical title cards, including the use of sponsor logos and product branding, are prohibited unless there is a full Google media buyout on the Partner content by the sponsor. You can contact your Partner Manager for more information and assistance,” says YouTube in its FAQ section.

For an example, TVF, the popular YouTube channel, recently tied up with Commonfloors.com for its popular Permanent Roommates series. Other popular channels such as AIB have also had sponsors for their videos. But, Google says the move is aimed at streamlining users experience.

"For instance, we serve a Honda ad before the content starts playing, and they're plugging 'brought to you by Toyota'. It is a bad experience for the users seeing two ads back to back," a Google spokesperson is quoted as saying.

As expected, content creators have strongly criticized the move. "I think some of the things were not allowed initially, but, within the content, having a product placement and informing YouTube about it, was never a norm. Also, they have asked us not to put a brand slate at the beginning of the video. Now, when there is a property which is ours and we are getting a brand associate for it, that can be a problem,” Arunabh Kumar, founder and CEO, TVF Media Lab is quoted as saying.

"If a brand associates with us, we can make more shows. On the back of this content, YouTube is selling its ads and pre-rolls. I dont think it's a wise decision because, this way, you are discouraging professional content creators for whom YouTube has been an efficient broadcast system. It is one of the best DTH boxes I have,” he adds.

YouTube currently keeps about 45% of revenues for ads that play on YouTube video, and now the company is looking to have a piece of the integrated ads in the video. The move is evidently a serious jolt to the content creators and MNCs, a segment that has just started to blossom.

In our detailed analysis - Has YouTube become the bastion for homegrown indie artists? – we had pointed out how the video sharing network had become a preferred platform for indie artists and even brands. “It’s an eco-system, we depend on them and they on us, we are together building it. It’s a relationship, both have to walk steps to join hands if one doesn’t then it will fall out. So it’s in the interest of both to work together,” Mr. Shabir Momin-Managing Director – OneDigital Entertainment Pvt. Ltd had said.

While growth of MCNs and independent artists is definitely a right trend, but over reliance on a particular network or platform has its own set of disadvantages. YouTube's latest policy revision is one such case.

Also read: The Viral Effect: Is there a magic formula to go viral on the Web?