Yahoo buys start up Rockmelt to boost its mobile and social networking efforts. 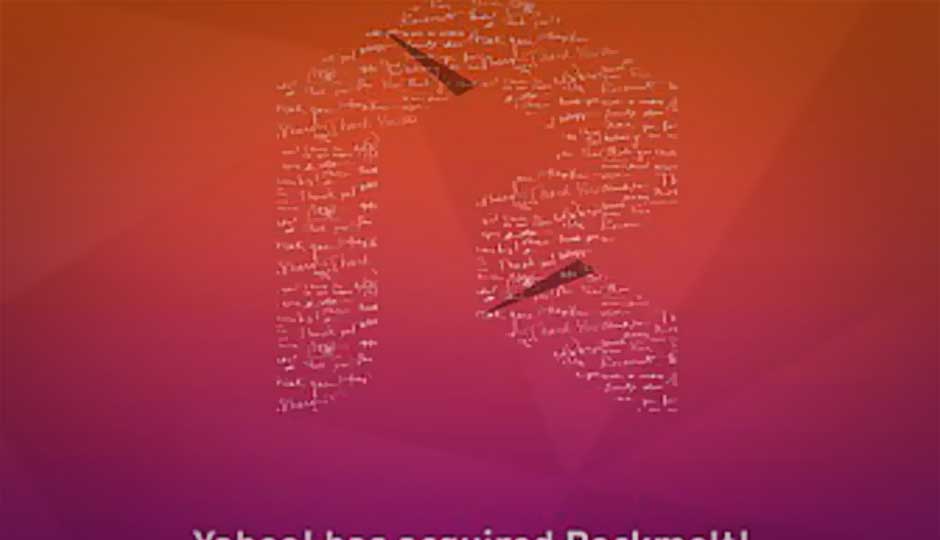 Yahoo CEO, Marissa Mayer, has bought her 21st company during her stint at the web giant, and this time, it is social browser maker Rockmelt. The financial details about the deal have not been disclosed yet, but according to the sources Yahoo has bought the company for approximately $60-70 million.

Rockmelt had launched a Facebook-focused web browser in late 2010 but later shifted its focus to mobile applications and released an Android application for content consumption. Rockmelt had raised around $40 million in funding prior to its acquisition but was unable to gain any significant consumer base. The company's web traffic was around 650,000 unique visitors per month, and its iTunes weekly downloads have also reduced considerably.

Yahoo added that the four year old company will shut down its apps by the end of the month, but the company's technology will be used within Yahoo to bring in more traffic and revenue from mobile devices. According to a source, Rockmelt's CEO Eric Vishria will be joining Yahoo as Vice President of products for Yahoo's media properties and CTO Tim Howes will be joining as Vice President of engineering for Yahoo's mobile products.

According to a Yahoo spokesperson, "Thirty-two Rockmelt employees have joined our media and mobile organization. We aren't going to discuss specifics, but we plan to integrate the Rockmelt technology into our media platform in order to deliver content in new and exciting ways. Stay tuned!"

Rockmelt co-founders Tim Howes and Eric Vishria wrote on the company blog about the acquisition :"Yahoo and Rockmelt share a common goal: To help people discover the best content from around the Web."

Yahoo has recently bought blogging service Tumblr for $1.1 billion making it the company's biggest acquisition. It has also bought some small startups like Qwiki, Xobni and Lexity recently.