Xbox Music goes free for everyone, yes, everyone 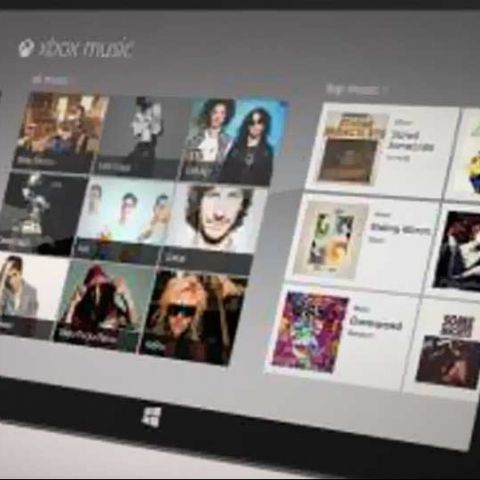 In a surprise move, Microsoft has announced that its Xbox Music service will be available for almost everyone on the planet (at least those with access to the Internet on a computer or a Windows Phone, Android or iOS powered device), and the best part is that it will all be free, well, free to a certain extent. Along with this announcement, Microsoft also launched apps for Android and iOS devices, an updated music player on the Xbox Music website and revealed that the Xbox Music App on Windows 8.1 will be updated with a Web Playlist feature.

Moving on to the not so great news, the Xbox Music app for iOS and Android do not support free streaming and will require you to subscribe to the service ($9.99 - Rs. 650 approx. for a month, $99.90 - Rs. 6,400 approx. for 12 months). Also, like in the case with most American music streaming services, the Xbox Music apps seem to be absent from the Indian editions of the Apple App Store and the Google Play Store.

However, there is still good news for music aficionados within our shores- Xbox Music is free on the Web [EDIT: As it turns out, that's only true for U.S. users or those with United States set as their primary region for their Live/Microsoft/Hotmail accounts. Read the update at the end of the story]. Just head on over to the Xbox Music website and start streaming. And according to Microsoft, there is plenty to stream with over 30 million songs to choose from. There are some limitations to the free streaming service on the Web- you’ll be able to stream an unlimited number of songs for free for the first six months but after that, streaming for only a limited number of hours will be allowed. Subscribing to Xbox Music will remove those shackles.

In a blog post, Jerry Johnson, the General Manager of Xbox Music also laid out some of the features that will be visible to users in the future. The Xbox Music app that will come preinstalled in Windows 8.1 will get a Web Playlist feature that will help you create a customized playlist based on the names of songs or artists mentioned on any webpage. The Xbox Music service on the Web will also get Bing search integration and the ability to create personal playlists based on what you’re listening to.

Xbox Music was originally launched in October of last year with a focus on the Xbox 360 console and the free streaming ability was added to Windows 8 in June. Now that Microsoft has decided to widen the service’s scope, it should see a significant increase in users and subscribers as well.

[UPDATE 1]: So, readers have informed us that they are unable to access Xbox Music on the Web, even though we were able to do so. Digging around a bit revealed that your Microsoft/Live/Hotmail account needs to have United States as your primary country. We tried retroactively changing the region of a single Live account to United States from India, but were unable to sign-in using that account.  So, as it turns out, Xbox Music seems to be only for people from the United States or those of us who created Live accounts a while ago with United States as our region.