A MIT-NASA Lunar Laser Communication Team will demonstrate their first detailed report on Earth-to-Moon uplink and its on-orbit performance. 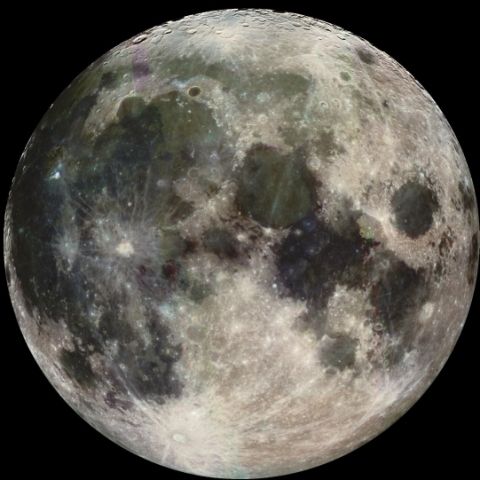 If the unavailability of Internet was the only thing keeping you from visiting the Moon, then here's an important update for you: Researchers from the Massachusetts Institute of Technology's (MIT) Lincoln Laboratory in coordination with NASA will demonstrate a new data communication technology that provides broadband-like connectivity for transmitting data to and from earth.

The technology will be demoed at a Conference on Lasers and Electro-Optics , scheduled to be held next month in California, US. The team will be providing details and overview of the on-orbit performance of their laser-based communication uplink between the Moon and Earth, which has reportedly surpassed the previous record transmission speed by a factor of 4,800.

“This will be the first time that we present both the implementation overview and how well it actually worked," said Mark Stevens of MIT Lincoln Laboratory. "The on-orbit performance was excellent and close to what we'd predicted , giving us confidence that we have a good understanding of the underlying physics," Stevens added.

The MIT team had last year showed their Lunar Laser Communication Demonstration (LLCD) transmitted data between the Moon and Earth at a download rate of 622 Mbps per second, which is said to be faster than any radio frequency system. The team also managed to transmit data from the Earth to the Moon at 19.44 Mbps per second, a factor of 4,800 times speedier than the best RF uplink ever used.

Computer-aided design drawing of the optical module on the satellite showing the telescope and gimbal (pivoted support). Credit: NASA.

"LLCD also demonstrated the ability to 'hand-off' the laser connection from one ground station to another, just as a cellphone does a hand-off from one cell tower to another. An additional achievement was the ability to operate LLCD without using LADEE's radio at all," read a statement from NASA last year.

The ground terminal, with the sun reflecting off of the solar windows of the uplink telescopes. Credit: Robert LaFon, NASA/GSFC.

"Communicating at high data rates from Earth to the Moon with laser beams is challenging because of the 400,000km distance spreading out the light beam," Stevens said. "It's doubly difficult going through the atmosphere, because turbulence can bend light--causing rapid fading or dropouts of the signal at the receiver," said Stevens.

To ensure smooth signal over such a massive distance, the team used several techniques to accomplish error-free performance over several optical challenging conditions in both darkness and bright conditions. A ground terminal, set up at in New Mexico, uses four separate telescopes to send the uplink signal to the Moon. Each telescope is about 6 inches in diameter and fed by a laser transmitter that sends information coded as pulses of invisible infrared light.

You can read more about Lunar Laser Communication Demonstration here.