Wikipedia joins SOPA strike, will shut down for 24 hours on January 18 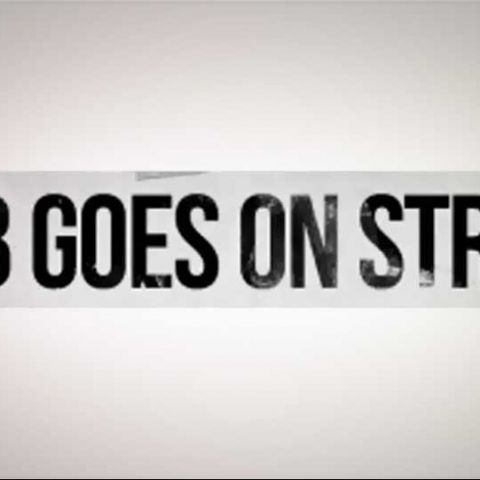 Wikipedia has announced it will be going offline for a day to protest the latest proposed legislations in the United States, specifically, the draconic Stop Online Privacy Act (SOPA) and Protect Intellectual Property Act (PIPA), over fears that they could lead to censorship and the closure of many websites.

The non-profit organisation is among many other websites, such as Reddit, Boing Boing, Good Old Games, Destructoid, XDA-Developers, WordPress, TwitPic, Mozilla and 5,000 other sites, who are protesting the acts, and have announced they will be going offline on January 18 for anywhere between 12 to 24 hours.

You can check out the complete list of confirmed strike participants at sopastrike.com. The site requests the assistance of both webmasters and regular netizens who don't have a website - by adding #SOPASTRIKE to their tweets, and posting SOPA Strike information on their Facebook page. Visit the site for more information. Sopastrike.com also elaborates about the strike in its statement of purpose:

On January 18th, 2012 the internet is going on strike to stop the web censorship bills in Congress! Now is our moment— we need you to do everything you can, whether you have a website or not.

On Jan 24th, Congress will vote to pass internet censorship in the Senate, even though the vast majority of Americans are opposed. We need to kill the bill - PIPA in the Senate and SOPA in the House - to protect our rights to free speech, privacy, and prosperity. We need internet companies to follow Reddit's lead and stand up for the web, as we internet users are doing every day.

Jimmy Wales announced his decision to support the strike on Monday, via Twitter, where he’s been quite vocal about his protests.

"Freedom is never voluntarily given by the oppressor; it must be demanded by the oppressed." MLK - on Wednesday, Wikipedia demands.

He’d earlier mentioned the proposed strike, by warning students to complete their homework in time:

In another statement, Mr. Wales elaborated:

“This is an extraordinary action for our community to take, and while we regret having to prevent the world from having access to Wikipedia for even a second, we simply cannot ignore the fact that Sopa and PIPA endanger free speech both in the United States and abroad, and set a frightening precedent of Internet censorship for the world."

According to the advocates of the SOPA and PIPA cause, the protesting uproar is only serving to distract and misinform webizens, and ignoring the issue of piracy completely. They also say they have made the changes requested by anti-SOPA advocates. The strike is still going strong however, despite further reports that the current U.S. administration is looking to make more changes to the SOPA and PIPA legislations.

"While we believe that online piracy by foreign websites is a serious problem that requires a serious legislative response, we will not support legislation that reduces freedom of expression, increases cybersecurity risk or undermines the dynamic, innovative global Internet."

A spokesperson for the Net Coalition, which represents such companies as Google and eBay, said the blackout is a way to say – “Please listen to us.”