Twitter tests interactive polling cards for publishers on its site. 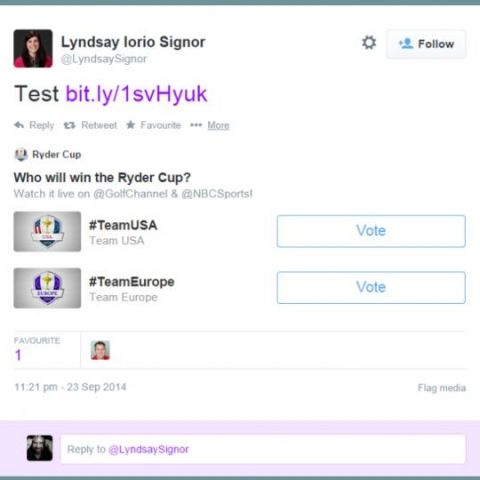 Twitter is testing a new set of interactive Cards that would allow publishers to run polls natively across its social network.

Twitter developers and staff develop new tools on the website BirdOps. A few test tweets that link back to the BirdOps site, show that the micro blogging site is trying to bring publishers a way to run polls without having to turn to third-party options. The feature will give Twitter users an ability to interact without being redirected away from the site, which world result in better engagement rates with any polls. Twitter has declined to comment on the feature.

Twitter keeps experimenting with new features, whether this feature will actually be made live remains to be seen. The micro blogging site recently announced testing "buy" button on "small percentage of US users" in partnership with a limited number of commercial partners. The new 'buy button' will allow users to purchase items directly from the site. Read: Twitter to enter e-commerce segment with 'Twitter Commerce': Reports

Google recently acquired Polar a company that specializes in creating online polls to get "instant opinions on anything" to improve Google+ social network on mobile. According to the deal Polar’s founder, Luke Wroblewski and his team will be joining Google. Google’s vice president of engineering for Google Plus, Dave Besbris, stated that the team will be working on Google+ for mobile. He stated on his own Google Plus page, “I’m thrilled to welcome Luke Wroblewski and the talented Polar team to Google! They’ll be joining our team and helping us make G+ even more awesome.”