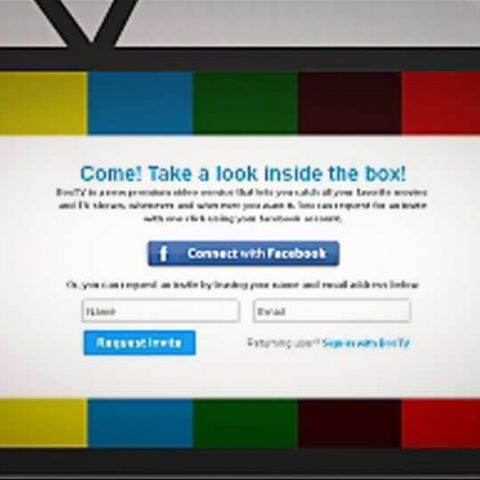 Times Internet Limited (TIL) has announced the launch of BoxTV.com, a premium video service that aims to offer a bouquet of video entertainment options, from blockbuster movies to TV shows, short films and more. Users will be able to watch the content on their web browsers, or via internet connected devices, such as media players, smartphones, TVs and tablets.

For now, membership of BoxTV.com is invite-only, and users can connect via Facebook to request one. The video service launched an alpha preview of the product in August, and since then, has supposedly accrued more than 50,000 invite requests.

The BoxTV player has apparently been designed for a ‘lean back’ experience, and features three different modes - normal, wide and full screen. Other features include - lights-off, auto-bandwidth optimiser for inconsistent bandwidths or access on the move.

BoxTV is accessible via Android and iOS devices through its app, as well as some popular TV-connected platforms, such as Roku. Satyan Gajwani, CEO of Times Internet Ltd, spoke on the launch of the service, saying:

“BoxTV is a product with a user-centric design approach, backed by a large content bank with anytime-anywhere access for subscribers. We are very excited about the launch and the roadmap for the next few months as we add more users and content.”