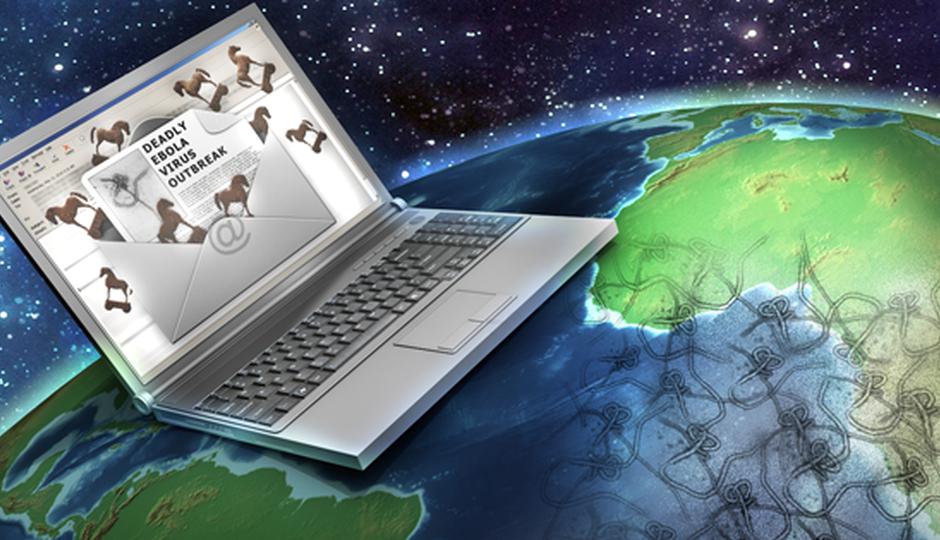 According to a new report by Symantec, a group of cyber criminals are using the Ebola epidemic in West Africa as bait to steal passwords via emails.

Symantec says that cyber criminals are sending unsuspecting users emails with fake Ebola reports as attachments. Users who download the attachments get an infection of the Trojan.Zbot malware. Hackers are also sending emails impersonating a major telecom provider with a presentation on the Ebola virus. Symantec says, "An attached zip file with a title like "EBOLA - PRESENTATION.pdf.zip" actually executes Trojan.Blueso on the victim's computer."

According to Symantec, hackers are using W32.Spyrat to infect Web browsers. The malware is being used to steal sensitive information including passwords, payment information, delete files and folders and even record from the webcam.

Ebola which is a severe epidemic in West Africa and has no known cure. Cyber criminals are using an email talking about a possible drug that cures Ebola virus to lure users into opening in the emails. The email reads: "In the last two weeks there has been talk of Zmapp, a promising Ebola drug still in an experimental stage." Symantec says "The crooks entice their victims with an email claiming the Ebola virus has been cured and the news should be shared widely. The email attachment is Backdoor.Breutmalware." 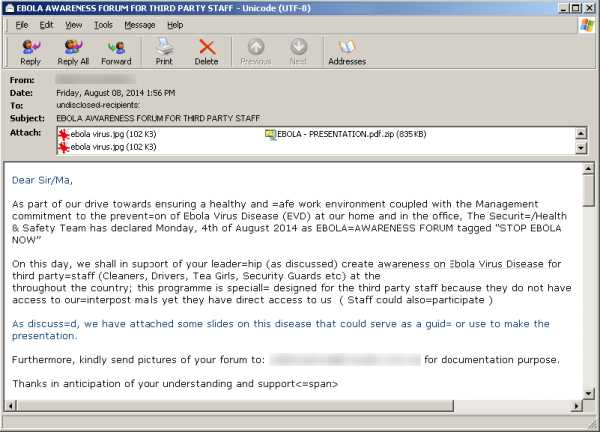 When the user clicks on the email, they are asked to log in on a Web page, which asks the user to enter their email credentials. Once the user enters his email id's, hackers can gain access to their accounts. Symantec cautions users against opening suspicious emails and avoid clicking on links in the message or opening attachments from unknown emails. 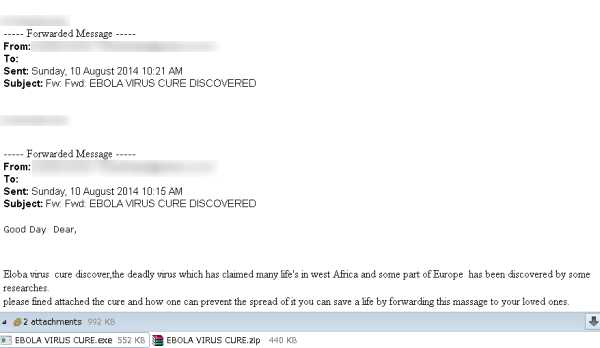 This is not the first time that cyber criminals have used news as bait for exploiting PCs. In the recent past, hackers have used news about the disappearance of the MH 370 Malaysian Airlines and a fake online political campaign about Arvind Kejriwal as bait to trick people into opening malicious emails.