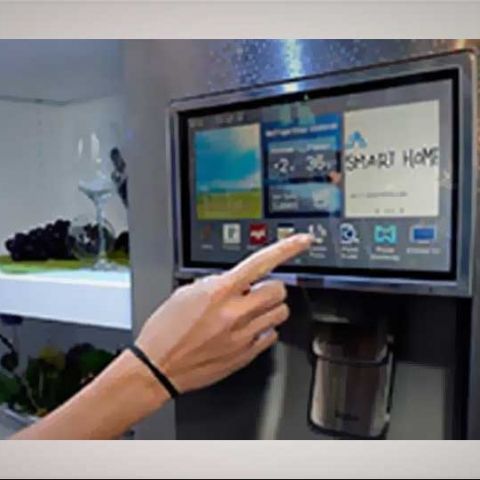 Computer security researchers discovered a large "botnet" which infected Internet-connected home appliances and then sent more than 750,000 malicious emails. According to researchers this is a first proven cyber attack on household smart appliances.

According to California security firm Proofpoint, Inc., hackers penetrated home networking routers, televisions, connected multi-media centers, and a smart refrigerator to create a botnet to deliver malicious spam. The firm added that these appliances have become easy targets as they don't have sufficient security as compared to your PC or tablet.

The firm added that nearly 25 percent of the emails were sent by everyday consumer gadgets. The emails were sent from different IP addresses, making the attack difficult to block based on location. The devices were left completely exposed on public networks due to passwords set to default making it easier for the cyber criminals to takeover the devices.

The firm stated, "Proofpoint's findings reveal that cyber criminals have begun to commandeer home routers, smart appliances and other components of the Internet of Things and transform them into 'thingbots,'" to carry out the same kinds of attacks normally associated with personal computers."

Proofpoint stated that the incidents occurred between December 23 and January 6, which featured "waves of malicious email, typically sent in bursts of 100,000, three times per day, targeting enterprises and individuals worldwide."

"Bot-nets are already a major security concern and the emergence of thingbots may make the situation much worse," said David Knight, General Manager of Proofpoint's Information Security division.

"Many of these devices are poorly protected at best and consumers have virtually no way to detect or fix infections when they do occur. Enterprises may find distributed attacks increasing as more and more of these devices come online and attackers find additional ways to exploit them."

Smart home devices companies like Nest, which Google bought for $3.2 billion last week continue to grow popular. According to Gartner more than 30 billion Internet-connected devices will be in use worldwide by 2017, up from 2.5 billion in 2009.