Move over photograph, video is the next best thing. Or so thinks Google, if its latest app is any measure to go by. Google has launched YouTube Capture, an app on the iOS platform specifically for the iPhone and iPod touch, to help users quickly shoot a v 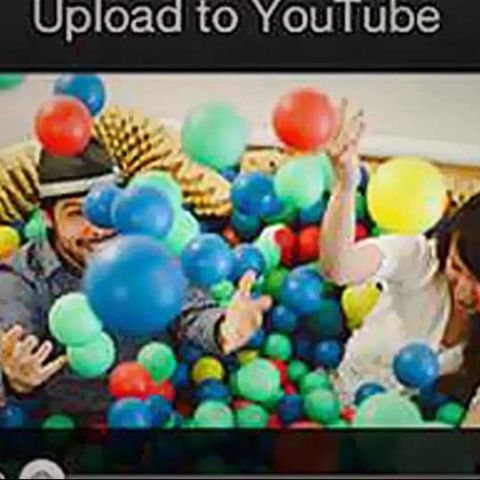 Move over photograph, video is the next best thing. Or so thinks Google, if its latest app is any measure to go by. Google has launched YouTube Capture, an app on the iOS platform specifically for the iPhone and iPod touch, to help users quickly shoot a video, make minor corrections to it, tag it and upload it to YouTube, Facebook, Google as well as Twitter. In an announcement on the YouTube blog the app is currently only available on the Apple AppStore (http://goo.gl/spuol) and will be coming to the Google Play Store in the near future.

YouTube Capture starts the camera as soon as you open the app, with a red Record button on the right hand side, so that you can quickly start recording video as soon as you open the app. Once you are done filming, you are given the option to add a caption, make enhancements such as colour correction, stabilization, trimming the length of the video or adding YouTube Soundtracks. After these adjustments, you can upload the video on various social media platforms such as YouTube, Facebook, Google and Twitter. The app will always prompt you to keep your phone in a horizontal orientation while filming so as to avoid the vertical video syndrome which you get (when you have the phone held in a vertical orientation while shooting). You can also upload video that have been shot without using the Capture app from your camera roll.

Once you have selected the social network where you want to upload the video, you can minimise the app, while the uploading happens in the background. You can also control who will be able to view the video, by either making it private (only you can see it) or unlisted (allowing only people who have the link to see it) or public (open to everyone).

YouTube even released a video promo for the app:

There are other players in the market such as Socialcam and Viddy which allow you to shoot and upload videos to social media networks, but with a player like Google entering this space, it will be interesting to see how these apps respond.