The OpenSignal report states that Jio’s slow 4G data speeds are not caused because of technical limitations, but because of a “capacity bottleneck.” In comparison, Bharti Airtel is capable of providing 5 times faster data speeds. Airtel also recorded highest average 4G speeds in India. 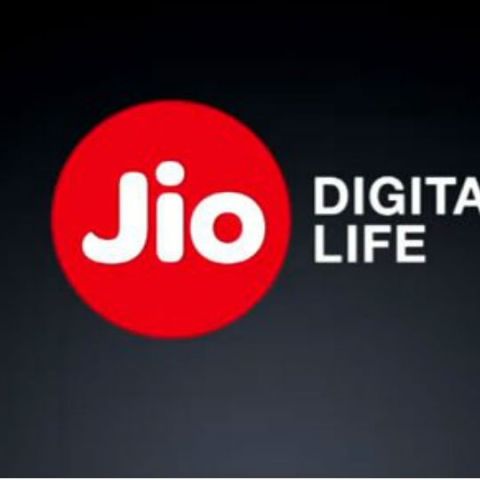 As per a new OpenSignal network speed measuring metric, Reliance Jio is capable of providing 13 times faster data speeds to its users, but fails to do so because of a high subscriber base choking the network. Jio also recorded the second fastest average peak 4G speeds in India, second to Bharti Airtel.

OpenSignal, the globaly crowdsourced wireless coverage mapper, introduced a new peak speed metric which measures 4G data speeds when the network is working under optimal conditions. As OpenSignal explains, 4G mobile networks are capable of providing high speed data, but often don’t function at their full potential because of factors such as network congestion, interference or distance from the mobile tower. Network speeds also vary because of a phone’s processor or the server where the accessed content resides. 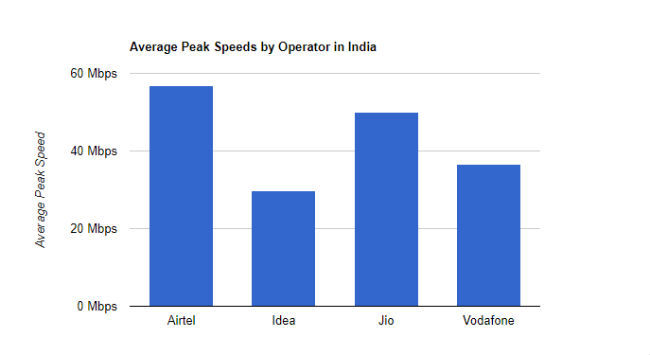 Jio currently has over a 100 million subscribers on its network who take advantage of its free, cheap unlimited data services. OpenSignal notes that such heavy usage is bound to tax any network and in case of Jio, has resulted in a network congestion.

Imagine you are speeding through a highway, but suddenly a barrage of traffic appears out of nowhere. Since there is limited space on the highway, you are bound to slow down because of the traffic. Similarly, when a network is being used by a high number of users, it is bound to suffer congestion and slow down.

Jio’s slow everyday 4G download speeds also indicates that the network needs to grow its infrastructure to reach its potential. Another way Jio users could probably see higher speeds in the future is if data usage on the network drops. But, that seems unlikely since the company just introduced the JioPhone, which promises unlimited data usage at Rs 153/month only. Jio is expecting to sell 5 million JioPhones every week, which only goes to show that Jio users may further witness slower data speeds if the company does not expand its 4G infrastructure.