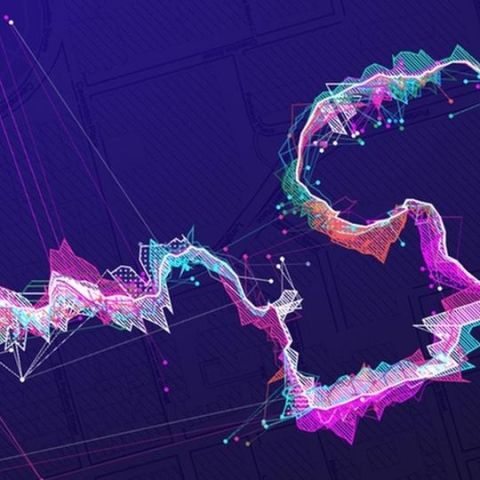 Swain, 32, who has been going deaf since his 20s, has created a project called Phantom Terrains with sound artist Daniel Jones. The software uses a hacked iPhone's Wi-Fi sensor to pick up data on nearby fields, including the name of the router, encryption, signal strength and distance.

Phantom Terrains transforms Wi-Fi signals into a combination of Geiger-counter clicks for weak signals and melodic representations of the network ID of strong signals. The software works by using the wireless receiver on a hacked iPhone and sending the output to a pair of Starkey Hearing's Bluetooth-connected Halo hearing aids.

“The extra sound layer is blended with the normal output of the hearing aids; it simply becomes part of my soundscape,” said Jones in an article. “So long as I carry my phone with me, I will always be able to hear Wi-Fi.”

Jones says, "The strength of the signal, direction, name and security level on these are translated into an audio stream made up of a foreground and background layer: Distant signals click and pop like hits on a Geiger counter, while the strongest bleat their network ID in a looped melody,"

Funded by UK innovation charity Nesta, the project aims to "challenge the notion of assistive hearing technology as a prosthetic, reimagining it as an enhancement that can surpass the ability of normal human hearing."

Swain stated that augmented hearing aids could catch on quicker than Google Glass. "Google Glass is very in-your-face," he said, "and vision is a very narrow band. You can only focus on one thing at a time. Hearing is fantastically broadband; you can hear 50 conversations in a room, and focus on just one while being aware of others, even if you don't think you're paying attention."

Read: Indian inventor builds his own version of Google Glass for Rs. 4,500