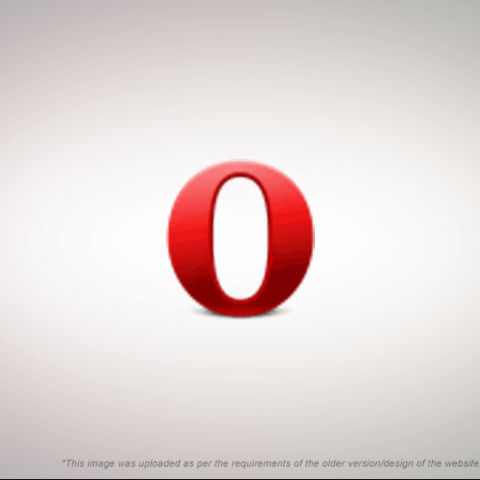 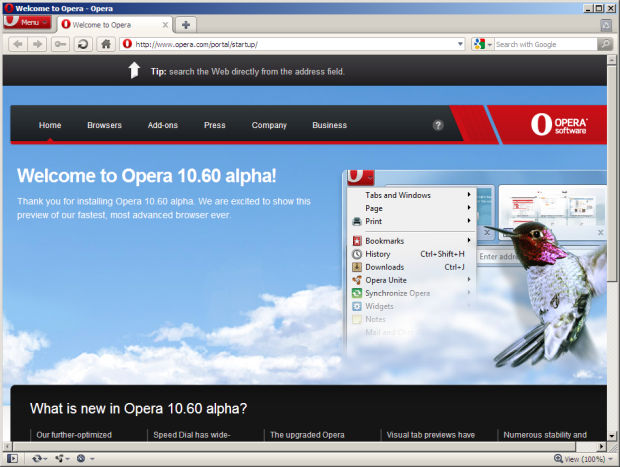 It has been very little time since the release of Opera 10.50, which blew past all the previous versions of Opera in performance, and gave other browsers some serious competition. Now Opera is already on track for Opera 10.60 with a release of its first Alpha.

For those Opera fans using Linux, there is both good news and bad. Bad news, Opera 10.50 will not be getting a stable release for Linux. Opera 10.50 for Linux was supposed to come with improved support for KDE and Gnome, and with it getting skipped, this means Linux users will have to wait much longer before a stable release. The good news is that with Opera 10.60 the Linux, Mac OS and Windows builds will come to sync, and Opera Software claims that they will strive to ensure that they remain in sync. Opera 10.60 will bring all the features that were supposed to come with Opera 10.50 for Linux.

Opera 10.60 continues improving the browsers performance with a claimed 75% improvement in performance over Opera 10.50! If these claims are true, this would make Opera 10.60 the fastest browser yet.

Opera 10.60 also continues to improve the Opera UI. With Opera 10.50 came support for Windows Aero Glass, and the reduction of UI chrome by removing the menu. The menu was instead moved to an Opera button on the top-left of the window. In 10.60 Opera now has a better, more clearly labelled menu button. mouse-over tab previews are also much smoother and better.

In Opera 10.60, tabs opened for Opera features such as the download manager, history manager, bookmarks etc showed tab previews like any other tab. Now they will show icons for the respective functions instead, making the interface much clearer.

The most important “feature” of 10.60 though, seems to be that it will finally make the “fastest browser on earth” available on all platforms. Recently Opera had also unveiled Opera 10 for N900 featuring the new Vega library Presto 2.5 and the Carakan engine from Opera desktop. It was almost cruel that Opera made it’s way to the nearly all mobiles but couldn’t get a stable release on Linux.