On Wikipedia’s 15th birthday: 10 interesting facts about the online encyclopedia

Did you know that Wikipedia is originally developed from a pre-existing encyclopedia project? That it’s the seventh most visited website in the world? Available in over 275 languages? 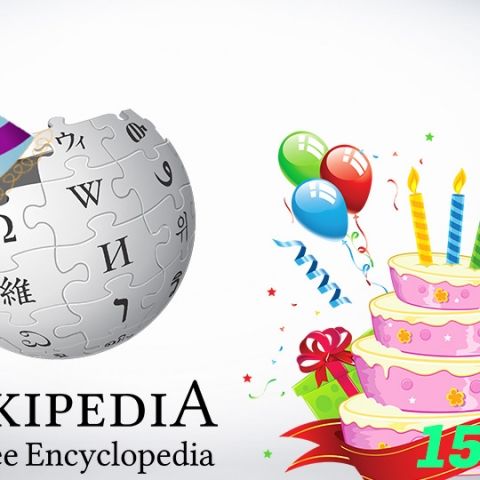 Everybody’s favourite online reference and research destination, Wikipedia celebrates its 15th anniversary today. Yes, it was on this day, 14 years ago that Wikipedia came to being, thanks to the efforts of Jimmy Wales and Larry Sanger – its co-creators.

To celebrate its 15th birthday, Wikipedia is asking users to tweet out their stories and impressions of the free online encyclopedia. To read what Wikipedia means to its users, check out their website-- You can write your own comments about what you feel about Wikipedia, how it has impacted your life, etc.

While Wikipedia’s trustworthiness and authenticity will be questioned as long as it remains in its current format, since it isn’t a peer-reviewed or scholarly source of information as vouched for by professional digital encyclopedias (like Microsoft Encarta or Encyclopaedia Britannica), there can be no doubt that Wikipedia’s “open content” policy (which means anyone can copy and edit its content) has greatly democratized information and knowledge in the age of the internet.

However, the Wikipedia Project was starkly different before its inception than what it is now. You view that story best told by Jimmy Wales himself in this insightful TED video

Here are 10 stats and milestones of Wikipedia, in no particular order:

NOTE: All the facts and figures mentioned in this article were researched and referenced from… you guessed it… Wikipedia. Long may it live into the future!