Of Internet.org and superpowers: Mark Zuckerberg in India

During his Townhall Q&A, Zuckerberg talked about a plethora of topics ranging from Internet.org, net neutrality, and more 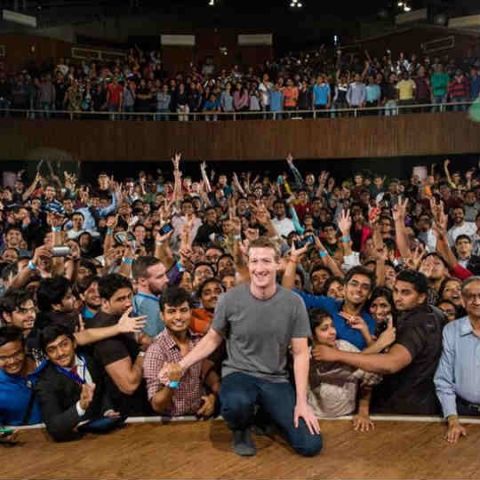 Facebook CEO, Mark Zuckerberg held his Townhall Q&A at IIT Delhi today. During the event, he talked about Internet.org and net neutrality as well as answering questions on a variety of topics. He said that Facebook is committed to net neutrality, but also supported zero-rating plans. He also talked about how Internet.org is helping spread internet connectivity and how  important India is to Facebook.

During his Townhall Q&A, Mark Zuckerberg was asked if thought Internet.org supports net neutrality fully. He replied with an emphatic “Absolutely!” He believes that net neutrality is an important principle. He went on to say that the stories that say that "Internet.org is limited internet" is not true. He said, “The operators have spent billions of dollars on the infrastructure and so you cannot get the complete internet for free.” He also said that zero rated internet is important to ensure that people get on the internet. He went on to say, “We all have a moral responsibility for people who do not have access to internet. We should not end up hurting people who do not have access to the Internet.”

He also talked about Internet.org, which was renamed as Free Basics last month. He said that the platform is now live in 24 countries. He added that 15 million people around the world now have access to the internet because of their initiative. He also said that more than a million people in India were connected to the internet due to Internet.org. He also mentions that in places that have access to the platform, the rate of people getting on the internet doubles.

When he was asked why he was showing so much interest in India, he talked about how there are over 130 million people who use Facebook in India. He also added that he was looking forward to hearing directly from one of Facebook’s most active and engaged communities. He said that if people want to connect everyone to the internet, they cannot leave India out. Zuckerberg also talked about the importance of internet access and how it can improve the quality of life. He said, “For every 10 people that get access to Internet, one gets a job, one gets lifted out of poverty.”

On a lighter note, Zuckerberg was also asked if what superpowers he would choose if he was gifted a supernatural power from aliens. He said that one of the good things about technology was it allows people to build superpowers for people. He then talked about Oculus and how it enables people to go to any place they want to. Zuckerberg was also asked how to avoid Candy Crush messages to which he replied that Facebook was working on resolving that issue.