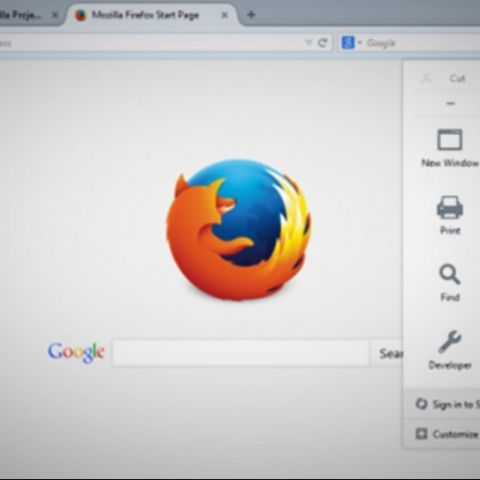 Mozilla has released its first major interface refresh for Firefox this week, making more than 1,300 changes to the browser. The update brings a cross-browser Sync feature, rounded tabs and a customizable graphical menu.

Firefox's new design has a sleek look with rounded tabs making it easier for users to focus on their Web content. The tabs look sleeker and helps users navigate the Web faster. The Firefox menu has been moved to the right corner of the toolbar and puts all your browser controls in one place. 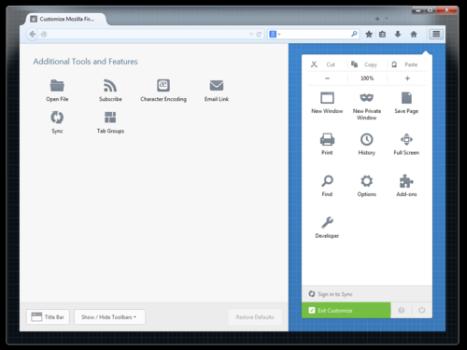 The update also brings a "Customize" tool that transforms Firefox into a customization mode where users can add or move any feature, service or add-on. The update also allows users to create bookmarks with a single click and manage them from one place. Another new feature is the Firefox Sync service that lets you access browsing history, bookmarks, open tabs, saved passwords and form data across your computers and mobile Android devices. According to NetMarktShare, Firefox is currently the third most used browser after IE and Chrome.

"People are using the Web differently than they used to," said Johnathan Nightingale, Mozilla's vice president of Firefox, "and we need to give them a richer set of tools for customizing the way that they experience the Web."

The new Mozilla update comes days after Microsoft reported a security flaw in its Internet Explorer browser that could allow hackers to access users personal information. The bug affects IE versions 6 through 11 and was found by Microsoft's security company FireEye. The company admits that the flaw leaves around 56 percent of the browser market vulnerable to attack.