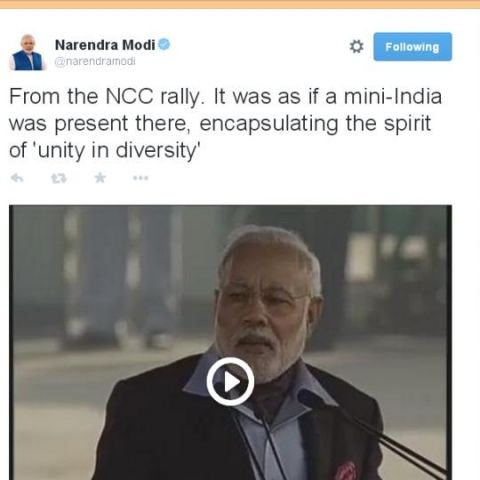 Modi among the first Indian users to send video tweets

From the NCC rally. It was as if a mini-India was present there, encapsulating the spirit of 'unity in diversity' pic.twitter.com/4sHt6Ir2RP

And if you missed hearing the 'Mann Ki Baat' episode, you can listen to it here. https://t.co/r6FbtOfyU1