Back in December last year, Microsoft announced that it is using Google’s Chromium to bring better web compatibility to its Edge browser. Since then, there have been no major announcements as to where the development has reached or when it would be announced for everyone. Neowin has published some screenshots of the new Chromium-based Edge browser and reports that the company has been working on it internally for months. Apparently, the company has two separate channels to test the browser, a Dev channel that is said to be updated weekly and a Canary channel, which is updated daily. As per the images, the overall design is similar to Microsoft Edge, however, there are some noticeable changes to the user interface that impart a Chrome-like design to it.

The screenshots embedded in this article are said to represent the current interface of the browser. The default search bar in the new tab is of Microsoft’s Bing and the background image is of the search engine’s image of the day. There is a most visited section on the bottom and an option to toggle a personalised feed pulled from Microsoft News has also been added. As per the report, the current option in Edge to view all your tabs and set aside the currently open tabs has been removed from the Chromium-based version of the browser. Additionally, the screenshots show off some settings and options that are being tested like extension support, a new tab view option, and sync. From the images, it seems like the current extensions for Microsoft Edge are supported and the report states that many extensions compiled from their Chrome Web Store listing are also present. The extensions and profile picture is placed on the immediate right of the address bar, same as Chromium, and the extension store is said to be accessible from within the browser, while extensions are currently installed through the Microsoft Store. 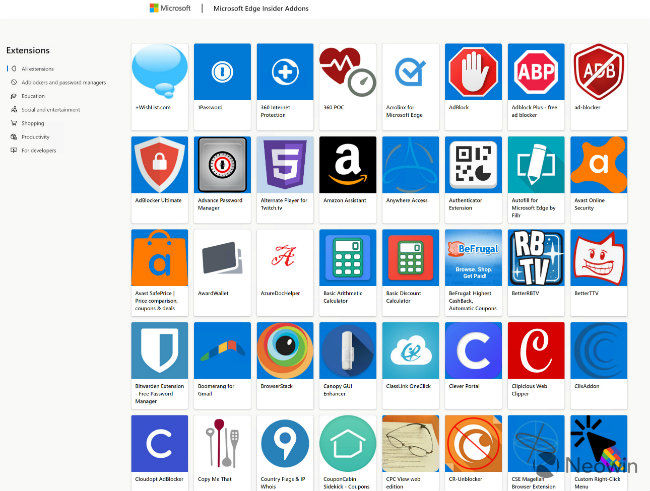 The screenshots do suggest that the Chromium-powered Microsoft Edge, codenamed "Anaheim," is quite similar to Chrome in terms of design. However, as it is with almost all projects that are based on open source software, the current state of the user interface could change drastically over time. This is because it has been a few months since the new web browser's development started. The devs working on it are most likely focussed on setting the groundwork for the browser instead of focussing on its user interface, which, right now, seems to directly pulled from Chromium. The UI of the browser is most likely to change over time, along with its functionality, but it should not take Microsoft as much time as it took for them to reach to the current mature state of Edge browser. Chromium acts as a framework with everything already in place to quickly get a browser up and running, however, it is on a company that chooses to use it to whether or not make changes to its UI. Knowing Microsoft, the final version of Anaheim might end up more closely resembling the current Edge than Chrome.