Microsoft OneDrive for web and Android updated with new features 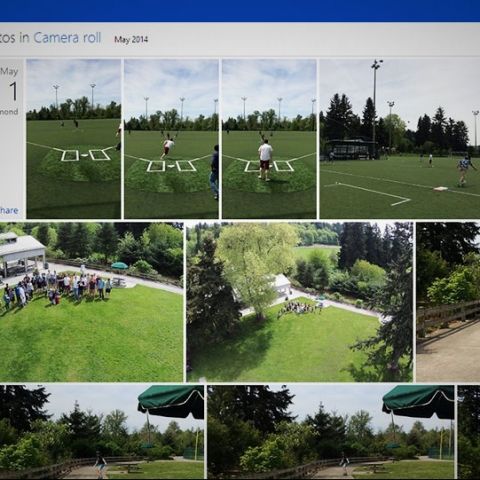 Microsoft has rolled out a major update to its OneDrive service for Android as well as web app. As expected, the update brings slew of new features and improvements to the apps.

First up is the web version, OneDrive for desktop now shows larger thumbnails of your photos and videos. There's a new All Photos view option, which allows you to see all the content (similar to Google Image search) at one place. The video playback has been improved in the new update.

OneDrive users can now customise album covers. Moreover, OneDrive will automatically create rotating covers for your folders, giving a peak at the photos inside. Facebook enthusiasts can now directly upload videos from OneDrive. Earlier, one could only post photos to Facebook. “OneDrive lets you share individual files in a folder as a group. This is pretty convenient In the case of photos when you only want to share the best vacation photos from a folder containing hundreds or if you want to share a few photos of an event from your Camera roll,” explains Microsoft in a detailed blog post. For the Android app, Microsoft says the mobile app now gives users more power and control. The latest version 2.5 for Android 4.0 brings ability to share files and folders by inviting users, sending link or sending files to another app. You can update view and edit sharing preferences. Users have the option to update view and edit sharing preferences.

You can check out the updated OneDrive service at onedrive.live.com and for mobile users via the Google Play store.