Bing will let users search the web using their cameras or through images already clicked and stored in the camera roll. 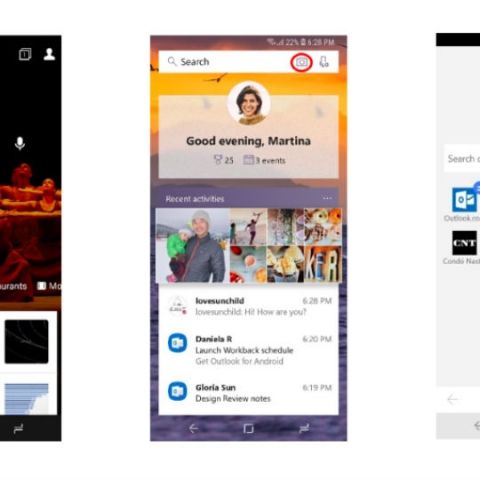 Microsoft has launched its own version of the Google Lens. The Microsoft Bing app is now capable of performing Visual Search, but the feature will only be available in the US for now. Bing already leverages computer vision and object recognition in image search and building upon the same, the platform will get new Visual Search capabilities.

“Now you can search, shop, and learn more about your world through the photos you take,” Microsoft said in its blog post.

“For example, imagine you see a landmark or flower and want to learn more. Simply take a photo using one of the apps, or upload a picture from your camera roll. Bing will identify the object in question and give you more information by providing additional links to explore.”

Users can also search objects within photos in their camera roll. Uploading an image of clothes or furniture into the app's search box will allow Bing to return visually-similar clothes, prices, and details for where to purchase. This feature is somewhat similar to Google Lens’ ‘Style Match’ tool which was announced by the company at I/O this year.

“We’ll be working hard over the coming months to add more capabilities to Visual Search, so your input on these features is greatly appreciated, as always,” Microsoft wrote concluding its blog post.