Mark Zuckerberg to host Facebook townhall in India on Oct 28 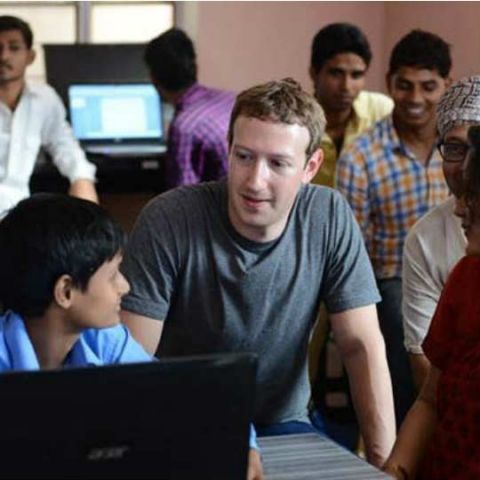 Facebook CEO, Mark Zuckerberg is coming to New Delhi on October 28. He will be holding Facebook’s Townhall Q&A in the city at 12 pm at the Indian Institute of Technology.” He will be answering questions on different issues during the Townhall.

In a post on his Facebook page, Zuckerberg said, “More than 130 million people use Facebook in India. I'm looking forward to hearing directly from one of our most active and engaged communities.” He added, “If you have a question, please ask below in the comments. To vote for a question, just like it. I'll be answering questions from across Facebook as well as from a live audience at the Indian Institute of Technology (IIT) Delhi.”

Prime Minister Narendra Modi had visited Facebook headquarters during his recent visit to the US. During the visit, Modi and Zuckerberg had discussed how different communities can work together to address social and economic issues.

Last month, Facebook had announced that they would not be withdrawing Internet.org from India. The service has been under a lot of criticism, as many feel that it violates the principle of net neutrality. Kevin Martin, Vice President of Facebook Mobile and Global Access Policy, had said that the service does not violate the principles of net neutrality. He said that it doesn’t violate those principles because it allows partnering developers to provide lighter versions of websites that will use limited bandwidth. Instead, Facebook announced that it would be opening up the service to other telecom operators. At the moment, Internet.org is only avaialble to Reliance users. The company renamed the platform to Free Basics and earlier this month, Reliance said that it got more than a million Indians online through Internet.org.