Microsoft's Work Assistant will offer an 'improved' Cortana and will use 'Office' as the hot word for voice commands. 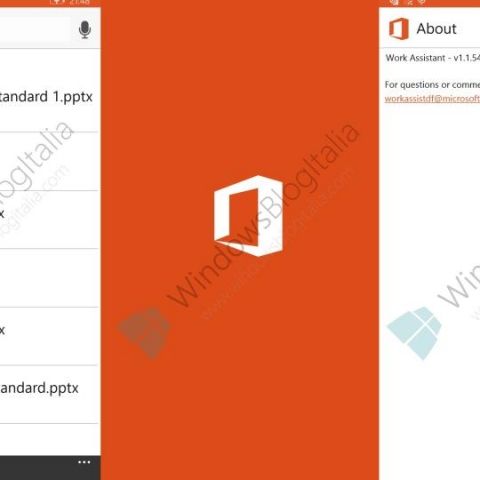 Microsoft will be bringing its digital assistance Cortana to Office soon. Currently, the tech giant is testing a “ Work Assistant” app that’s designed to use Cortana to 'open, edit, and share documents' via voice commands.

According to reports, Cortana will be able to execute complex commands like "open the presentation yesterday" or "email this file to this person" and will also be able to combine various voice commands.

Bill Gates is deeply involved with the project lead by Julie Larson-Green, Microsoft's chief experience officer of its applications and services team. Last year, Microsoft’s Julie Larson-Green had confirmed that Cortana will make its way to other operating systems soon, and Office integration is one of the plans for the digital assistant.

Microsoft has been focusing on improving Cortana over the past few months. At a recent event, Microsoft stated that Cortana will be rolled out to PC and tablet for the first time with the latest Windows 10 OS and Spartan browser. The digital assistant will be available next to the Start button in the taskbar for an easier access and will allow users to search for files and images on local storage hard drives, the usual data filters as well as voice commands.

Microsoft's initial app is just a prototype, but the company plans to integrate Cortana into Office across mobile and desktop platforms soon. The software giant has been launching its apps and services across all platforms, so it may bring Cortana to iOS and Android platforms as well in the future. Microsoft has already made its Office apps for iPad, iPhone and Android for free without the need for an Office 365 subscription.