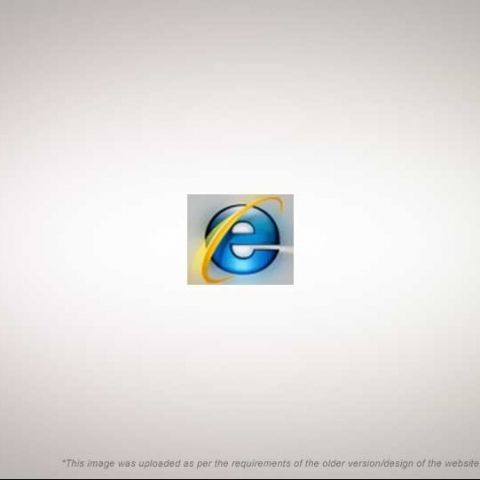 For the last few months, we've seen all the major internet browsers compete for features and updates, even while the market share policies and discussions were held at bay from the tech-world. We were happy watching Mozilla and Opera having a stable hold, Safari moving upwards, and Chrome building its market share as well as version number to sync with the others.

Despite having the largest bite in the web browser market share pie, IE has been subjected to a gradual and constant fall for the last couple of years while the other browsers steadily gained on it. But it seems much has changed in last two months, and the Big Blue e wasn't resting this summer-vacation! If we go with the statistics, it shows us Internet Explorer having a potential growth of approximately 0.5% from May to June. That's not all; the graph also shows Firefox losing half as much what IE gained, and Opera giving room of rest of the percentage to IE.

What could this possibly mean to the IT world? Is IE again slowly taking over the internet behind everyone's eyes, or is it just that the other browsers aren't compelling enough any more for the users? Is it because of the feature convergence that IE is coming with each of its major version releases to match with the other giants? Or, possibly it is just a failure of Firefox that it couldn't hold on to its market when even Safari and newest player Chrome are climbing upwards?

Yes, it's true that IE9 is coming with loads of improvements and potential to reorder many calculations, but that couldn't be a possible reason to boost up the usage share of its previous versions. If features were the reason, then IE6 hardly stands any chance to take a sip in this battle of titans. Is Firefox losing its appeal? Well, that may further increase the usage of Chrome etc. but the users who do away with Firefox very rarely take IE as a replacement for good.

There may be some other explanations, some of which may seem meaningful, others not; we will present you with this analysis which, of course, does not render the discrepancy as a freak of nature, but a regular phenomenon that comes upon us periodically. Let us explain how...

If you take another look at the browser market share figure of 2009, a similar result extracts out of it too. The IE market share increases in the months of May and June (and then decreases again). We have produced the result for 2009, but if you are curious, you can research on it for the years before this and would see nearly the same result. So at least we know, this anomaly is just a routine occurrence; now we'll take a look at the possible reason...

With April, a new fiscal year begins. It's a fact that every organization tries to reorganize at this period of time, and so do their IT departments. With this in hand, we can assume most of the office PCs get their OSes reinstalled or freshly formatted, of which most are Windows. Unlike Europe, without having the browser ballot screen (even that is only for Windows 7), the rest of the world is bound to have Internet Explorer pre-installed in their systems. European organizations who still haven't switched to Windows 7 yet, are left with no other choice than kick off the Blue e to connect to internet for the very first time.

Believe it or not, most of the organizations still prefer to use Windows XP as their operating system of choice and IE6 as the primary browser. Despite its primitiveness, the fact that IE6 is still being used is because its limitations are treated as the advantage in the official sector, where advanced web page rendering, HTML5, streaming video, and web 2.0 features are neither needed not intended to be used by the employees. So, an IT administrator is free from applying advanced website filtering and firewall rule settings, making it easier to manage the network. At first it may seem to make the organizational network insecure, but the administrator can now put that effort to manage the network gateway system to keep the bad guys off the network. So as it works out quite well, most of the organizations stay with this solution in hand.

Now, you won't wonder why even IE6 is having a usage boost, would you? Because, even if you want to download Firefox, you need to start by opening Internet Explorer, eventually increasing the overall usage at this particular time of the year. Microsoft can only turn the game a bit when IE9 comes out, but till then, it'll just have to settle for steadily declines and periodical rises in browser usage shares...