The Indian army has digitally equipped itself with the launch of a new encrypted cloud system similar to the likes of Google. 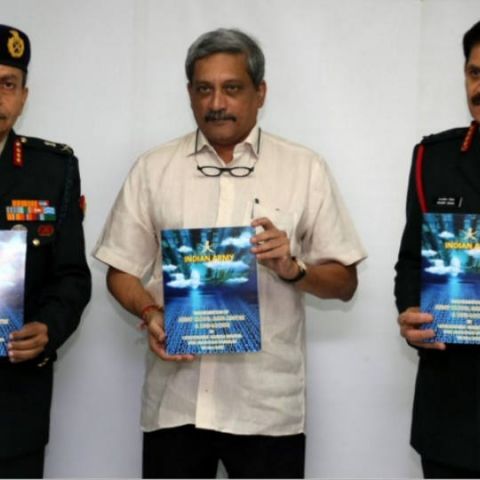 In a move to keep up with the evolving technological environment, the Indian Army has launched a highly encrypted cloud system. The Army cloud will house all data pertaining to Army personnel along with operational data. The cloud system was inaugurated by Defence Minister Manohar Parrikar in an attmpt to create a new "Digital Army." According to PTI, the Army Cloud will consist of a central data centre as well as a near line data centre, both situated in the National Capital. There's also a disaster recovery site with virtual servers, which will store critical data and backups in an environment fiendly facility.

Army officials said the latest technology in the field has been incorporated in the implementation of the first-ever software defined date centre, wherein all the resources could be provisioned to different applications on the Cloud with the click of a button.

Another initiative which was also inaugurated was 'Digi-Locker' for the Army, which will provide a secure data storage space to all units over a dedicated network. The Digi-locker of the army is similar to e-Locker of Digital India programme and has all the features like digital signatures and watermarking. This is an important step towards implementation of cyber security as it prelude to carrying of soft copies of data on CDs/DVDs and removable media, the officials said. Among other efforts to digitise the Army, an automation software called ARPAN 3.0 was also launched back in July. ARPAN helps Indian Army personnel to maintain a digital record of their records, pay and leave details.

Although these efforts towards digitisation can be called progressive, the Indian government has not really been able to secure its systems. Back in September, in a series of hack attacks, Pakistani hackers had defaced 24 Government websites. The Chinese Government is also eyening Indian Government's data and has reportedly been targetting Indian machines to gather data on India's border dispute with Pakistan.