Trend Micro says that India is one of the top spam spewing nations this Valentine. 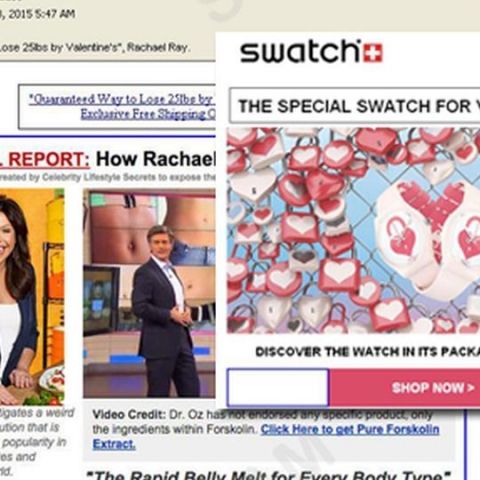 Cybercriminals are using Valentines day to send malicious spam to users with bogus advertisements, promotions, and offers. Security researchers state that India ranks 2nd in the list of such spam sending nations this month.

Security firm Trend Micro warns users against opening links, promotions and emails from unknown accounts this Valentines day. According to a Trend Micro report, cyber hackers are using a variety of spam emails with Valentine’s Day used as keywords within parts of the messages. The emails sent by hackers takes users to scams and spam-vertisements. The security researchers warn users to be cautious while opening email attachments, or clicking on unknown links as well as sharing things on social media sites.

Security researchers stated that users should not accept any “freebies” or any offers from ads, posts, and messages. Users should avoid third-party invitations and keep their apps and OS updated against malware.

Dhanya Thakkar, Managing Director, India & SEA, Trend Micro, "Trend Micro found 117 unique sender IPs related to this spam run. Most of the spammed emails primarily came from the United States, followed by India, Ukraine, Canada, and the Netherlands.  This slew of Valentine's Day-themed emails came in different languages such as German and Chinese. Instead of flowers or candy, spammers gifted their recipients with emails about dating sites, scams, and spam-vertisements (advertisements seen inside spammed emails)."

Security company, Wegilant has also warned users to avoid making in-app purchases or clicking on unknown links from Android apps, which are the most vulnerable to hackers. The company's flagship product Appvigil, is a cloud based android app security scanner that looks for security vulnerabilities and loopholes in android apps.