India and China are among the top spam relaying nations, says the latest Sophos Dirty Dozen report for April-June 2013. 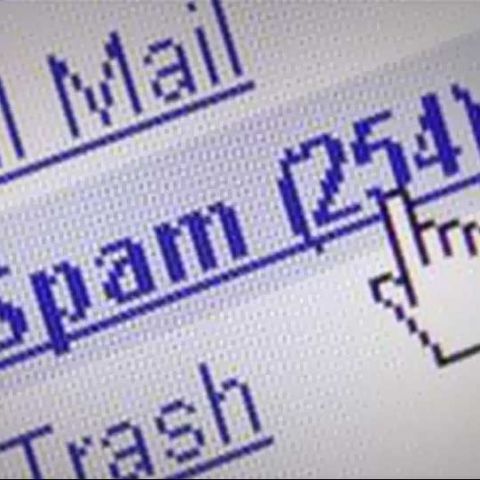 Sophos has released its latest 'Dirty Dozen' of spam relaying nations, covering the second quarter of 2013. The U.S. continues to be the top spam-spewing country followed by Belarus at the second position. The list of top 12 nations has three new nations - Ukraine, Kazakhstan and Argentina, while France, Peru and South Korea have exited from the Dirty Dozen list. India has slipped to sixth position from the third spot in the last list.

Sophos says it's no surprise to see India and China in the Dirty Dozen, considering the massive population and ever-increasing demand for the Internet connectivity.

“...and with more than 300 million people and the lion's share of the world's internet connectivity, it’s also no shock that the US leads outright. So what happens when spam scores are scaled up or down in proportion to each country's population,” says Sophos in a release.

"Remember that the Dirty Dozen doesn't tell us from where the spam originates," says Paul Ducklin, Sophos security evangelist. 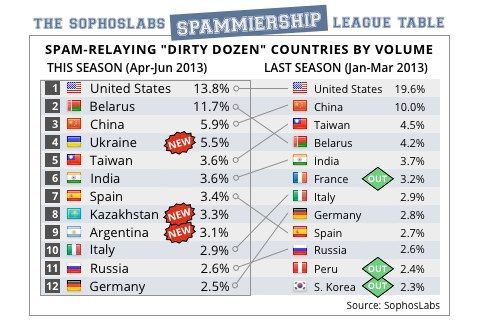 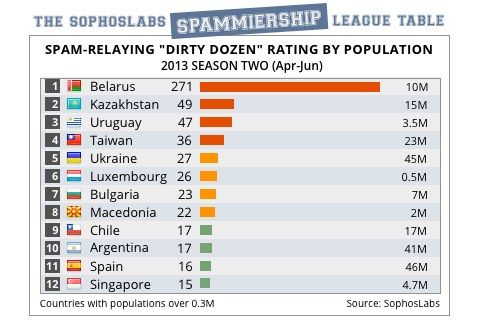 You can check out Sophos' latest Dirty Dozen report here