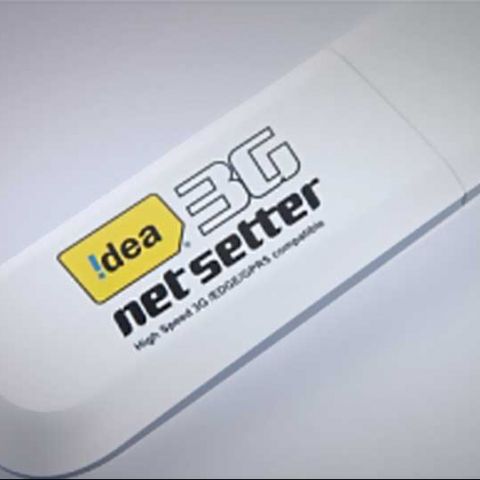 Idea Cellular has launched a new 'cloud-based' 3G dongle in India. According to Idea's official statement, the new 3G dongle offers Internet access, storage up to 2GB on the cloud, and Cloud Messenger - a cloud-based messenger service allowing free and unlimited communication between cloud users.

Idea says its new cloud dongle enables users to share pictures, music, videos and documents through the ‘Cloud Share’ option, syncing all the attached devices. Users of Idea dongle can also avail other cloud features such as data backup and easy recovery.