The dream of ultra-low-power ARM-based server systems has been floating around for a while, especially for massive, efficient, but non-intensive cloud computing applications and services. Till now however, it has remained just a dream, with cloud computin 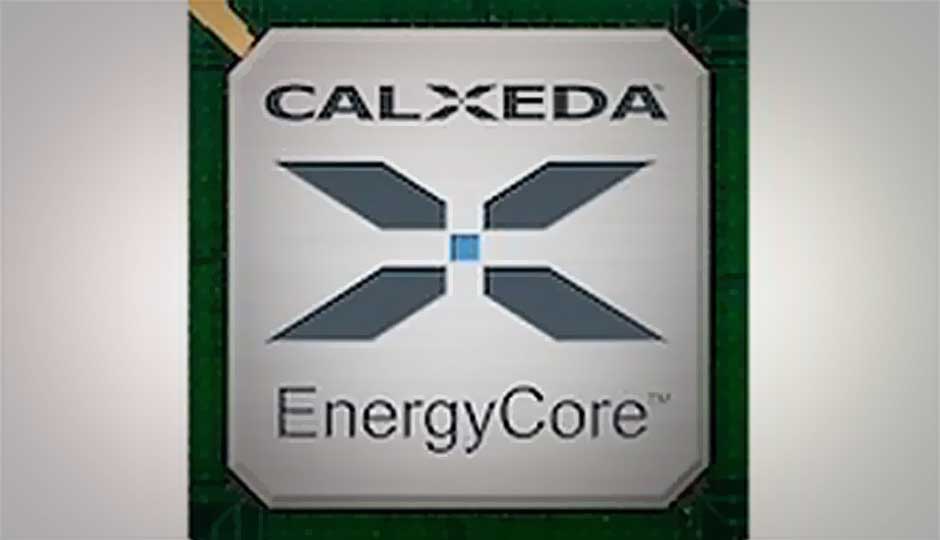 The dream of ultra-low-power ARM-based server systems has been floating around for a while, especially for massive, efficient, but non-intensive cloud computing applications and services. Till now however, it has remained just a dream, with cloud computing companies like Google, Facebook and Amazon all being forced to run higher-power, and more expensive x86 chips on their servers. All this might change soon however.

The three-year old startup Calxeda, based out of Austin, Texas, has announced its first ARM chips for ultra-low-power servers – EnergyCore ECX-1000. Hewlett-Packard, one of the biggest names in the server business, obviously sees some viability in the product, using the EnergyCore system-on-a-chip processors to setup a test program called Project Moonshot, and develop the first commercial ARM-based servers.

HP says it has already developed a 288-chip Calxeda rack-mounted prototype server called Redstone, one that is a diminutive 7-inches high chassis. Redstone will generate output of roughly 700 conventional servers, according to Barry Evans, the CEO and co-founder of Calxeda. As for performance, Karl Freund, Calxeda’s vice-president of market, said that EnergyCore ECX-1000-based systems can deliver about two-thirds to two-fifths the performance of an Intel Xeon 5620 four-core server processor, depending on the targeted application. 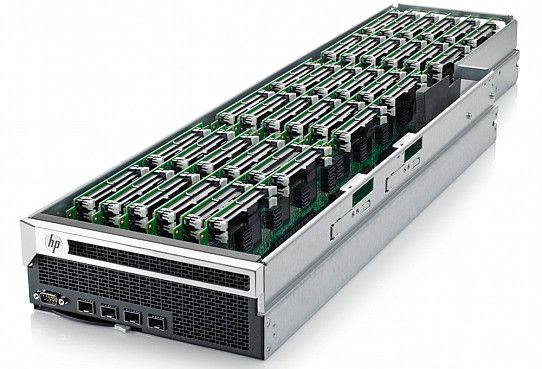 Compared to Intel’s low-power server offerings, such as the Intel Atom N570 processors with a TDP 8.5W, the new EnergyCore has a TDP of just 1.5W watts, translating to negligible 5W per server node – or almost a tenth of the power that conventional x86 chip node would use. To keep things in perspective, the lowest-power high-performance server chips out there, like Intel Xeon, have a TDP of 45W. The EnergyCore chips are expected to be available to server makers by mid-2012.

The aim with these ultra-low-power and low-performance processors will be all about efficiency, and price versus performance. Cloud-based applications don’t require raw performance, rather, they need large numbers of processors to handle to the non-intensive workloads of a large number of users.

With current day x86 server systems however, things start becoming difficult for cloud companies to manage, with power requirements and the price of each chip driving costs up, and heat output and die sizes restricting the number of chips per server rack, and therefore requiring even more server space.

Calxeda’s Karl Freund, elaborates on the role of EnergyCore processors:

“They’re not designed for maximum performance. The goal has always been price-performance.”

According to Intel, the market for ultra-low-power systems is currently very small, at around 6-10% of the server market. However, that segment is growing very rapidly, with demand burgeoning. HP evidently sees this, and is looking to get in on this action ahead of its major competitors, like Fujitsu, and Dell. The company has announced it plans to open a new ultra-low-energy server R&D centre, called the Discovery Lab, in Houston next year. Here, HP’s prospective customers can try out test out their software on these new low-power system before bringing them to market.

If you are wondering why this testing cycle is important, most of the current day server management software is written for x86 systems, and will have to be recompiled, and redesigned for ARM systems, initially limiting the number of such applications. While the biggest names in the server operating system business, Red Hat and Microsoft, haven’t commented about their ARM plans for servers, we know Windows 8 will be compatible with both x86 and ARM systems, which should follow for future server editions from the company. Currently, Canonical’s Ubuntu, the popular Linux distro, is the OS that ultra-low-energy server makers are turning to, and the company recently announced it has started work on a new Ubuntu version specifically for ARM servers.

All this makes the prospect of switching to ARM-based servers quite a difficult decision for companies currently on x86-based servers, as they will need to invest in new servers, compilers, and software to get it all running. With the rapidly growing demand for cloud services however, we expect ultra-low-power chip-makers, middleware developers and server-makers to ramp up development, and provide finished and highly-integrated products soon enough. 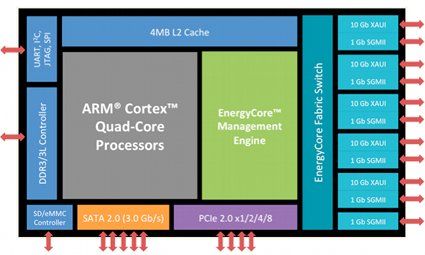